Celebrate 50 Years of Bringing You Closer!

Season Tickets are NOW ON SALE for our 2021/22 50th Anniversary Season. 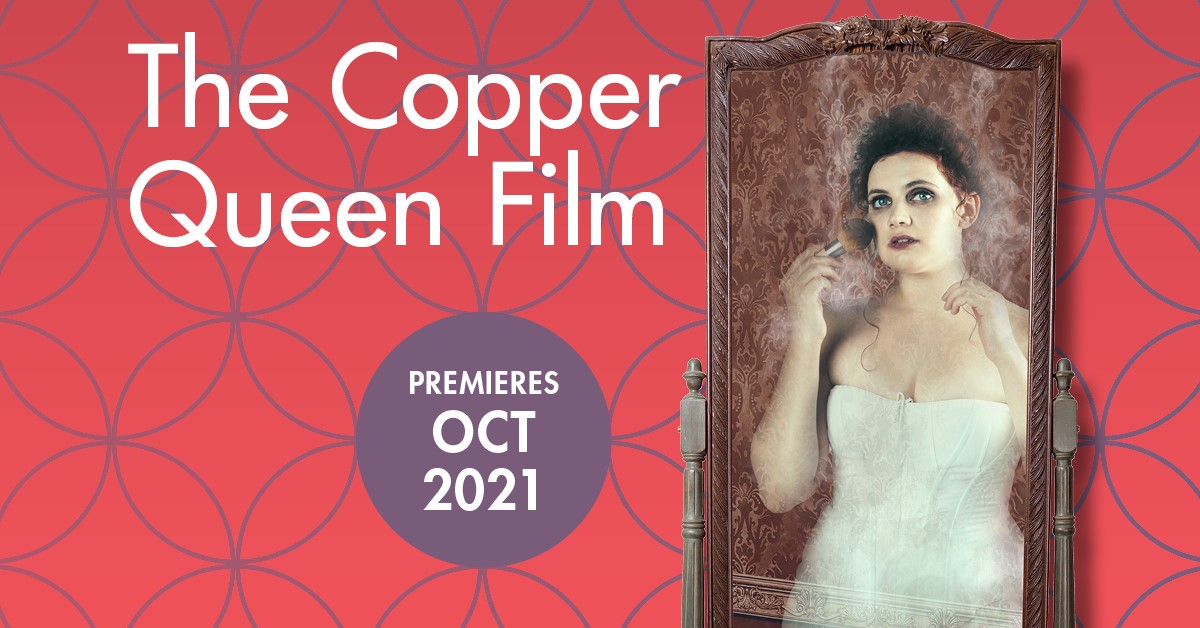 What brought them together across a century?

Arizona Opera’s 2021/22 Season will open with the McDougall RED Series film premiere of The Copper Queen. The production, originally slated to be performed in-theatre, was delayed due to the COVID-19 pandemic, and then reimagined as the company’s first film project.

The Copper Queen Film features Arizona Opera’s first ever all-female director/conductor/designer team, helmed by Crystal Manich, and is being produced in association with Manley Films. It tells the dramatic story of Julia Lowell, a resident of The Copper Queen Hotel in Bisbee, Arizona in 1910, who was forced to live in captivity in service to the men of the town.

A century later, Addison Moore—a stranger to Bisbee—visits Room 315, the site of Julia’s tragic death, where her ghost now famously roams. This riveting tale—told across the generations—is one of human bondage, furtive romance, secret connections, and ultimately—redemption.

The all-female conductor-director-designer team of The Copper Queen Film is generously supported by a consortium of donors, led by Susan Esco Chandler, Milo and Kim Kauffman, and Linda Hirshman. 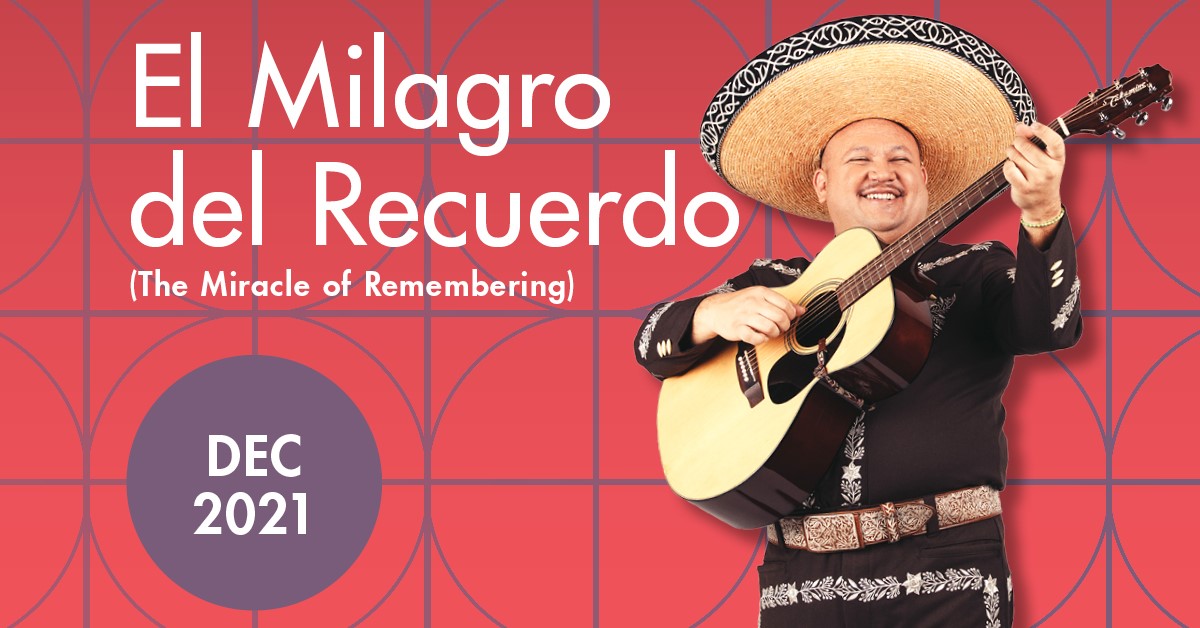 How does the journey of a lifetime begin?

Music by Javier Martinez, Production and Libretto by Leonard Foglia

A prequel to the sensational mariachi opera Cruzar la Cara de la Luna that was presented by Arizona Opera as part of its 2014/15 Season, El Milagro del Recuerdo brings audiences back to where the story of Cruzar all began: Michoacán, Mexico. Set during Christmas, the opera lovingly explores the themes of traditions and familial bonds while its characters deal with life-changing decisions and dream of something more.

Director and Librettist Leonard Foglia comments: “The piece deals with the basic issues surrounding the choices people have to make in life. It tells universal, human stories. How do we make decisions about what’s important? I hope it resonates with everyone.”

Commissioned by the Houston Grand Opera

Part of the McDougall Arizona Opera RED Series. Production made possible, in part, through generous support from Drs. Herschel and Jill Rosenzweig, the Carol Franc Buck Foundation, the National Endowment for the Arts, and Michael and Beth Kasser. 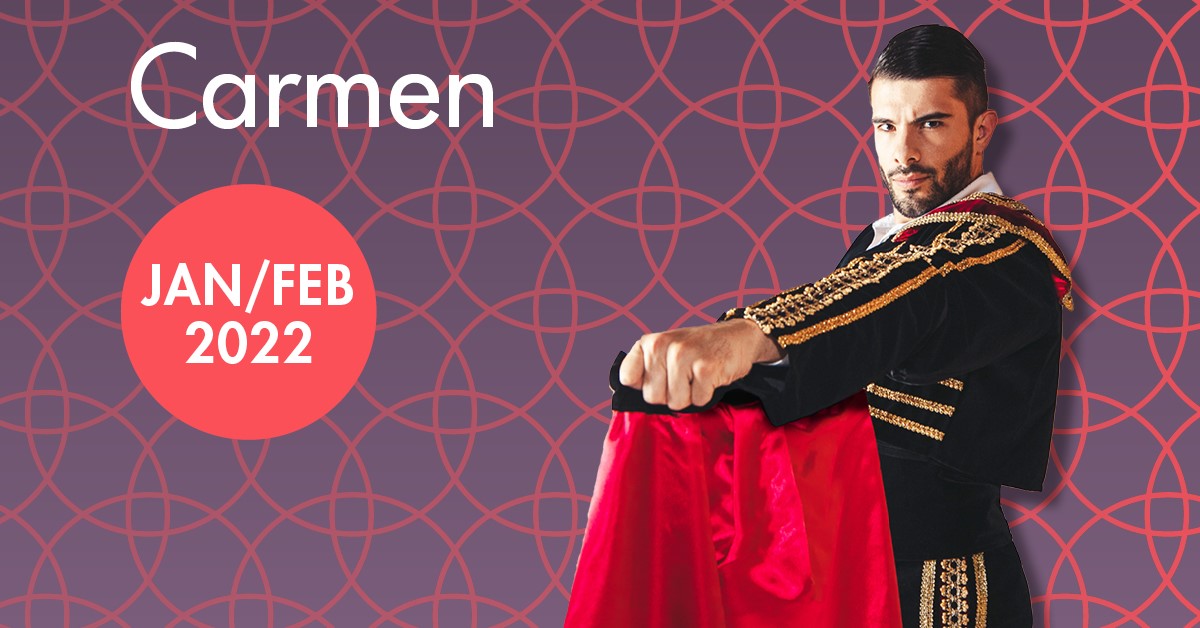 One of the most famous seductresses of all time is about to make her triumphant return.

One of the most famous seductresses of all time is about to make her triumphant return.

The ultimate diva, the gypsy Carmen can ignite men’s desires and fill their hearts with passion at a single glance. When Don José, a naïve soldier fighting in the Spanish Civil War, gets caught in her web, jealousy rages and anarchy reigns supreme.

The thrilling score by French composer Georges Bizet includes some of the most popular and recognizable music in all of opera, including The Habanera and The Toreador Song.

Stage Director Stephanie Havey says of this beloved masterpiece: “Carmen juxtaposes the facade of civilization and the mysterious forces of primitive desires. Carmen glorifies freedom above all else, challenging the norms that govern hearts and minds. I am looking forward to bringing this iconic opera and its disruptive heroine to life.”

From its lighthearted beginnings to its tragic and destined climax, Carmen is not to be missed. Do so at your peril.

Part of the Arizona Opera Main Stage Series. Production made possible, in part, through generous support from Marlys A. Beider, Sherry Middlemas, and the Tucson Desert Song Festival. 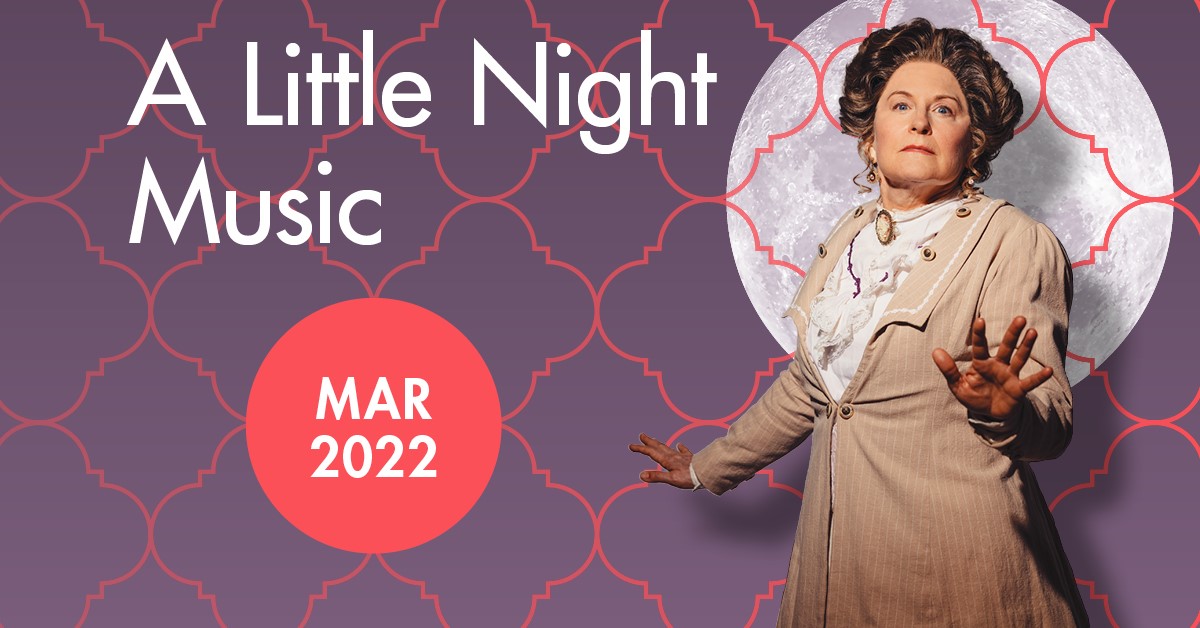 IN THE MOONLIGHT, ALL TRUTHS WILL BE REVEALED.

Presented as part of the Marlu Allan and Scott Stallard Modern Masterworks Series, A Little Night Music is the Tony Award and Drama Desk-winning Best Musical with music and lyrics by Stephen Sondheim and book by Hugh Wheeler, with production and costume design by American fashion icon, Isaac Mizrahi.

Inspired by the Ingmar Bergman film, Smiles of a Summer Night, A Little Night Music focuses on a deliciously tangled web of affairs, all ripe with the possibility of new love and second chances. A comedy of manners with rapturous music, it is moving, witty, heartbreaking, and—most of all—a celebration of love. Among the songs in this groundbreaking theatrical piece is Send in the Clowns, one of the most recorded songs of all time.

Arizona Opera’s production of A Little Night Music will feature the internationally acclaimed American soprano, Patricia Racette, and operatic star Paulo Szot, who won the Tony Award for Best Actor in a Musical for the Lincoln Center revival of South Pacific.

Part of the Arizona Opera Main Stage Series and the Marlu Allan and Scott Stallard Modern Masterworks Series. Production made possible, in part, through generous support from William and Judy Goldberg and Barbara Molotsky. 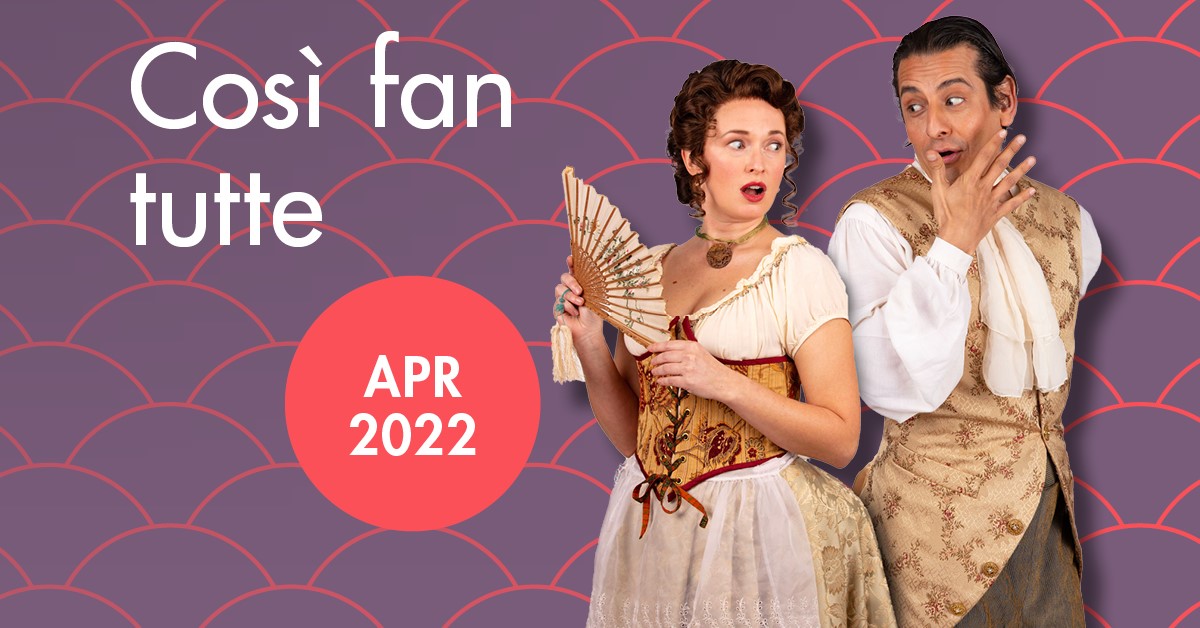 MOZART’S PLAYFUL MASTERPIECE COMES TO LIFE IN A BRAND-NEW PRODUCTION.

Così tells the story of two sisters who are falsely led to believe that their fiancés have been called to war. In truth, their lovers were only out to test their fidelity, so they return home—in disguise—to seek the truth.

Among the delightful cast of characters in this Mozart classic are Despina, the nosy maid, and Don Alfonso, a philosopher who is actually behind the scenes pulling the strings and making it all happen.

This season finale production will also celebrate the 15th Anniversary of the company’s Marion Roose Pullin Opera Studio, with former artists joining current program members under the baton of Karen Kamensek, who conducted the Metropolitan Opera’s wildly successful production of Phillip Glass’ Akhnaten in the 2019/20 Season.

Part of the Arizona Opera Main Stage Series. Production made possible, in part, through generous support from Karen Fruen, the Carol Franc Buck Foundation, Ole and Teresa Thienhaus, and Marlys A. Beider.