Arizona Lady on the Podium!

This blog post is the second of three posts from General Director Ryan Taylor, which chronicle the inspiration to bring Arizona Lady to the stages of Tucson and Phoenix this October. 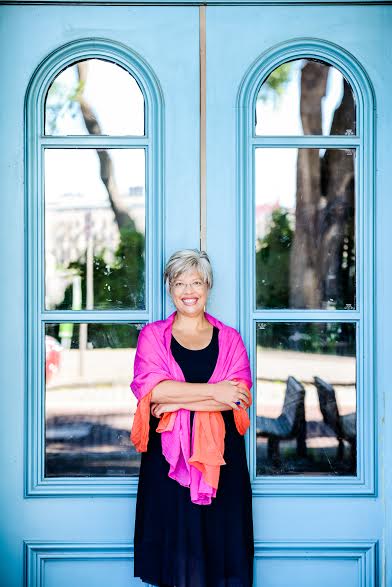 After Steven Blier implanted the music of Arizona Lady deep in my being in the summer of 2009, we opened the Arizona Opera Center in the fall of 2013 with the Marion Roose Pullin Studio Artists singing the opening chorus of the show. Two months later, I was in Los Angeles with the rest of our artistic team hearing auditions. I found out that my good friend and mentor Kathleen Kelly was visiting LA for a few days to work with the Los Angeles Opera. She had recently returned from a three-year stint in Vienna, Austria as the Head of Music for the Vienna Staatsoper, and was embarking on a career as an independent contractor, coaching and conducting performances across the country.

We had a terrific catch-up, learning about what each of us had been up to since last seeing one another in Dallas at a concert for the Dallas Museum of Art in 2010. Kathy asked what we might be thinking about for Arizona Opera in future seasons. I knew at that point that we had been leaning too heavily on the wonderful, traditional titles from the operatic canon, and that we had a responsibility as the only statewide provider of fully staged professional opera to present more varied repertoire. However, I also knew that we had no reason to expect that a production of Semiramide (no matter how beautiful) or Erwartung (no matter how gripping) would garner much enthusiasm with a wide audience here because our audience had no background with these pieces. We were considering titles that held special significance for the Arizona market, like the Houston Grand Opera-produced Cruzar la Cara de la Luna.

Without any knowledge of our recent exploration into a particular Kalman work, Kathy recommended that we look at a piece of music that she had explored in Houston and then in Austria. It was a little long, but beautiful. It perhaps needed a careful reduction of characters and some minor alterations to make the story connect more smoothly with a contemporary audience, but it could be a perfect fit for us: Arizona Lady!

I almost fell out of my chair when she made this suggestion. I laughed and let her know that it was already well on our radar, and asked if she might consider leading the production with us. Almost a year later, we sent Kathy an official contract to conduct Arizona Lady. When she returned her contract, there was a post-it note on the front of the contract saying that she was looking forward to returning to Arizona. I was confused, believing Kathy to have been brought up in Minnesota, so I called her. She told me that she had grown up in Phoenix, having graduated from McClintock High School, and earned her B.M. and M.M. from Arizona State University. Fate has had a crazy way of making these connections for us recently! Without planning it too carefully we’ve ended up with an Arizona Lady on the Podium, and we couldn’t be more excited to welcome her home.