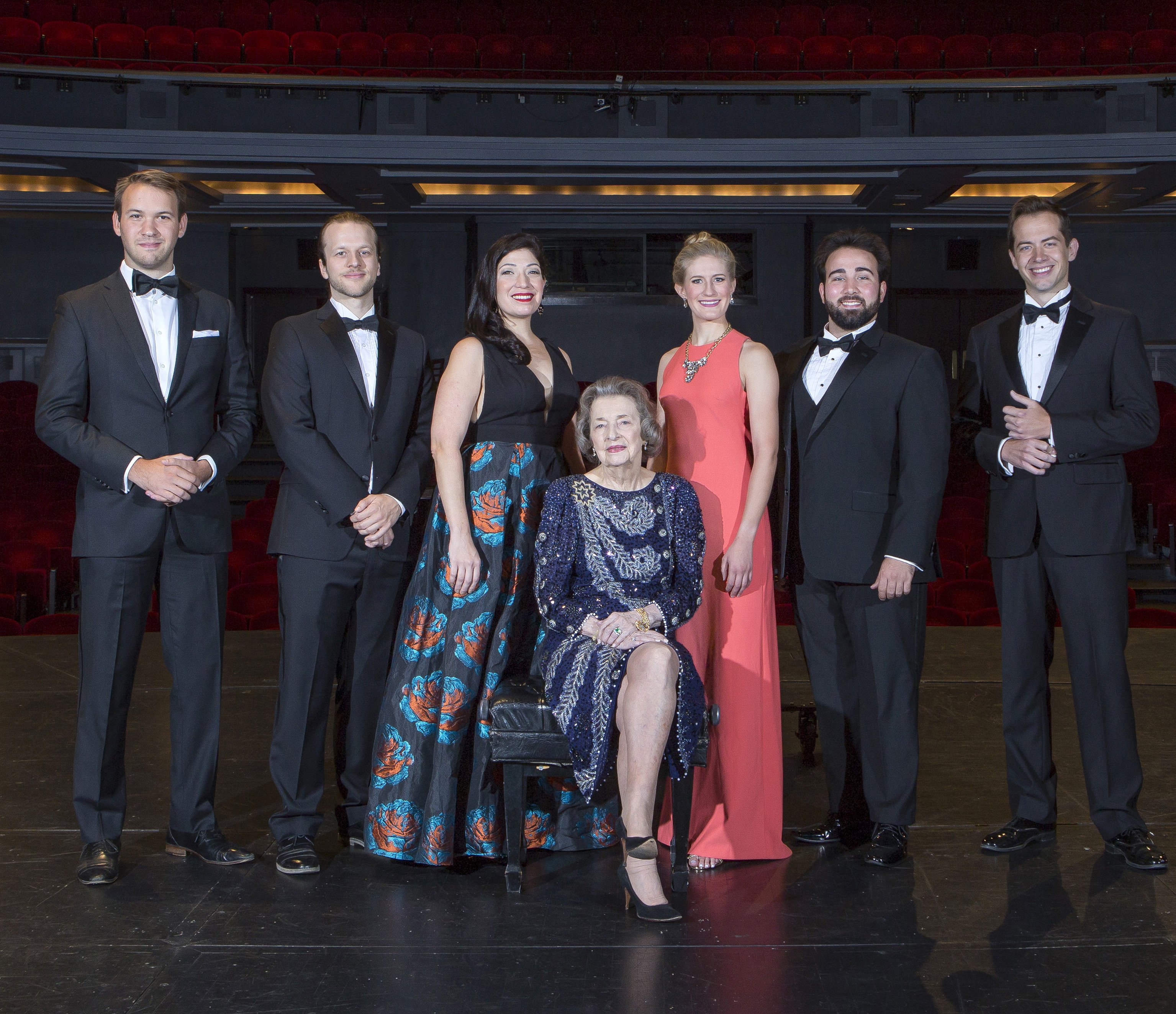 What a tremendous season we have had!  All of our studio artists had a great year filled with enormous growth and outstanding opportunities. All six artists had fantastic assignments this season, and each one of them met their respective challenges with aplomb and finesse. With leading roles in all five productions, each and every artist discovered new ways to become stronger and better artists in their own right.

After a banner year with leading roles in Candide and The Barber of Seville, studio soprano Katrina Galka will make her role debut as Gilda in Verdi’s Rigoletto with Portland Opera and will be making her season debut with the Vienna State Opera.

Mezzo-soprano Stephanie Sanchez heads off to St. Petersburg Opera in Florida for her role debut as Flora in La Traviata and will go on to the Teatro Nuovo festival for Rossini’s rarely heard masterpiece, Tancredi. She returns to Arizona Opera this fall for a star turn in Daniel Snyder’s Charlie Parker’s Yardbird.

Tenor Anthony Ciaramitaro will be going to Santa Fe this summer to cover the leading role in Rossini’s The Italian Girl from Algiers after having sung a gala performance for Orlando Opera.

Studio baritone Jarrett Porter also goes to Santa Fe for the summer to cover in Candide and Ariadne auf Naxos before returning for a full year here at Arizona Opera where he will be singing in La Traviata and principle roles in Silent Night, The Marriage of Figaro and Così fan tutte.

Bass Zachary Owen also had a fantastic year with us as Angelotti in Tosca and Basilio in The Barber of Seville. He returns to The Glimmerglass Festival this summer to perform in The Cunning Little Vixen and Silent Night.

Pianist Michael Lewis had a full plate this year working on all five main stage productions and will be leaving for Glimmerglass this summer to work on Silent Night and West Side Story before returning to Arizona Opera for a second season.

I am proud of all six artists and I hope you will join me in wishing them well for a wonderful summer ahead filled with more growth and beautiful music!