The Ever-Changing World of Candide 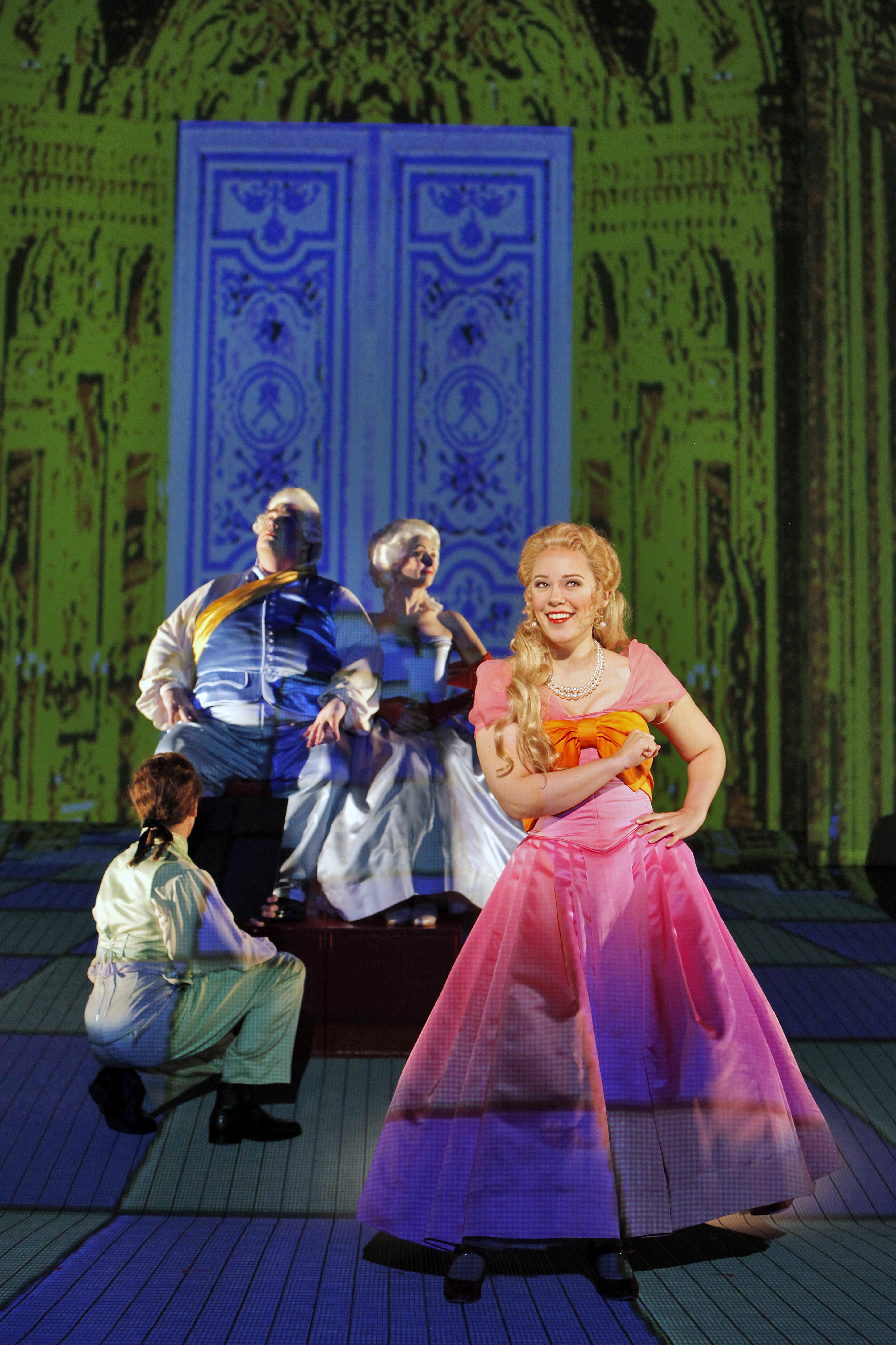 Leonard Bernstein’s Candide premiered on Broadway in 1956, the same year Elvis’ first record hit the charts and Eisenhower successfully won reelection as our 34th president. In 1956, the world was grappling with monumental change: cultural norms were shifting, technology was advancing, and economies were transforming; McCarthyism was raging in Washington D.C. and the Soviet Union was testing its nuclear arsenal. It was hardly “the best of all possible worlds.”

Candide was originally conceived of as a play with incidental music, but Leonard Bernstein quickly convinced his collaborators to turn this work of classic, French satire into a comic opera. With a ponderous libretto by the famed playwright Lilian Hellman, the original production seemed to crumble under its own weight. When it premiered at the Martin Beck Theater on December 1st, it garnered mixed reviews and posted middling ticket sales. While Bernstein’s score was universally acclaimed, it seemed to many that this operetta was out of step with the post-war world. Candide closed after only 73 performances.

The story of Candide, however, was not entirely bleak. While overshadowed for the general public by the tunesmith-ing of Rogers & Hammerstein and Lerner & Loewe (My Fair Lady was the smash hit of the 1957 Broadway season), Candide earned several Tony nominations, including best musical, and made an early star out of its first Cunegonde, Barbara Cook (who would premiere the role of Marian the Librarian in The Music Man just a few years later).

Therefore, Bernstein and his close collaborators continued to revise and rewrite. They acknowledged that the source material,
Voltaire’s novella of the same name, was tricky to adapt. Structured as a multitude of vignettes, the story of Candide is filled with so many arch ironies and so much witty wordplay that streamlining the work proved difficult. Only after years of work was Candide transformed from a work of obscurity into a hit show, capturing the popular imagination.

After a successful Off-Broadway run the year before, Candide again appeared on Broadway in 1974. With a new libretto by Hugh Wheeler and directed by Hal Prince, this immersive production completely reimagined Candide. Shortened to only one act, this trim Candide decided to show and not tell its story. It transformed the didactic original production into an active, theatrical romp. This revised production managed to capture onstage the chaos that infused the 1970s, while shining a spotlight on Bernstein’s brilliant score. It ran for over 700 performances, a vast improvement over its original production.

As Candide was revived across the world, the show continued to change and its audience expanded. Eventually, Candide found its home in the opera house when Hal Prince’s production was expanded for performances at New York City Opera. Now, Candide is accepted as part of the operatic canon, managing to both challenge and delight audiences in equal measure.

Like the titular hero of their story, the creators of Candide never stopped working, never stopped engaging with the wider world, and never stopped believing that peace can be found at the end of trials and tribulations.

Today, like the world of Candide’s premiere, “the best of all possible worlds” is far from our grasp. Political, social, and economic changes again roil American society, creating division and strife. False philosophical points of view and strange rhetorical positions again muddle civil discourse and blur the lines between reality and fiction. How can we find truth in the midst of such chaos and change? In a world unable to understand itself, Candide speaks to us, clearer than ever.