Still looking for the perfect program for your organization? We know that each organization has unique needs and that no program is truly one-size-fits-all. Arizona Opera will work directly with you and your organization to create opera programming that best serves your community.

Send an email to communityalliances@azopera.org for more information! 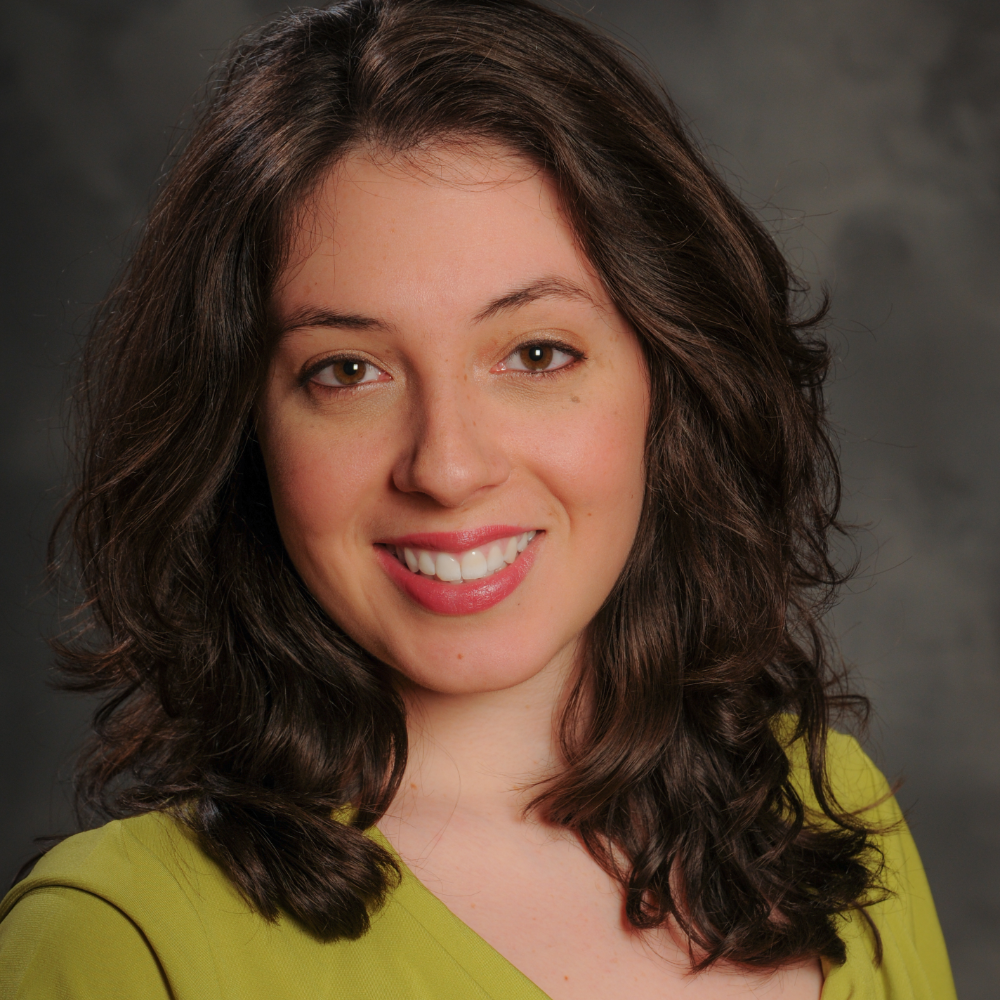 A native of Chicago, Illinois, has had years of ballet training and graduated with honors, receiving a Bachelor’s Degree in Music with a concentration in vocal performance at the University of Illinois.

Being immersed in the world of ballet and opera inspired her passion for promoting the arts and motivated her to pursue a career in arts administration. Bialek currently serves as the Executive Assistant at Ballet Arizona, involved in executing and understanding the unique administrative, financial, and operational needs of a non-profit arts organization.

Ellen not only enjoys ballet, but also loves to play volleyball. 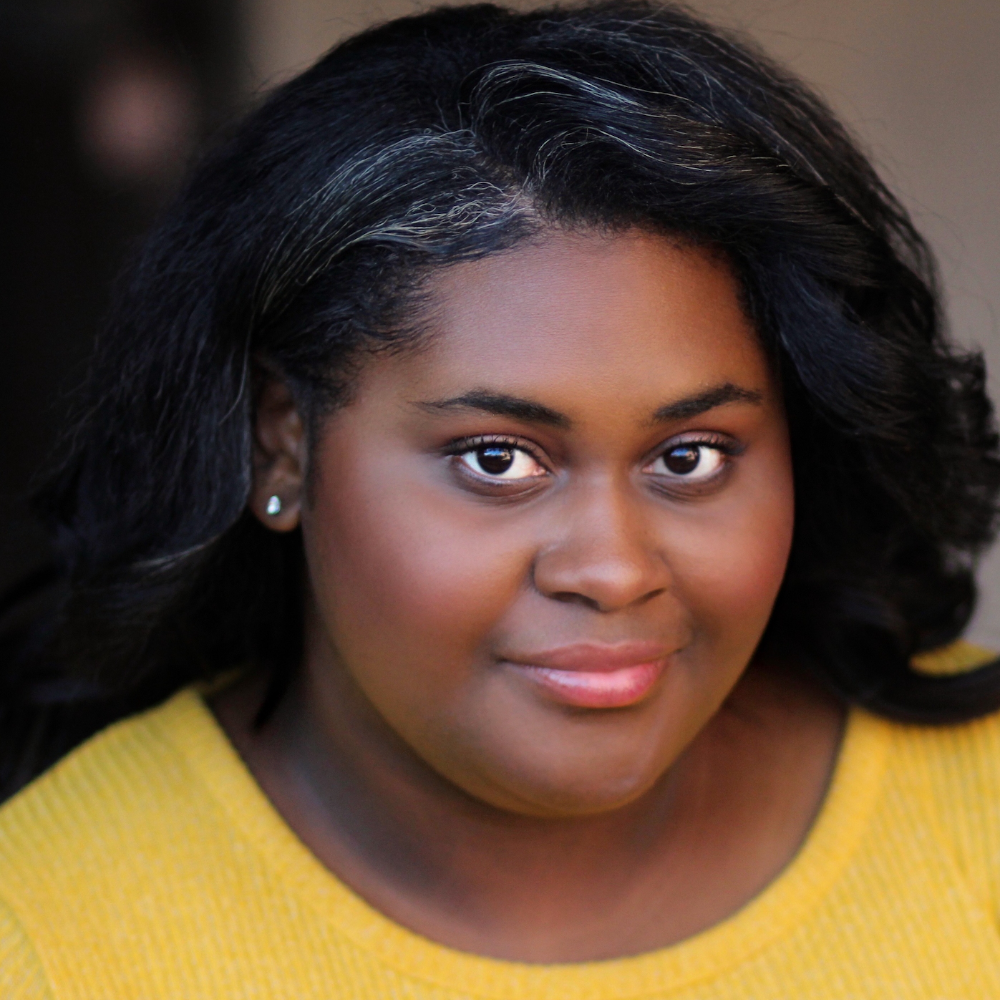 Praised for her versatility, South Georgia native Yophi Adia Bost is a passionate educator and sincere performer of several genres. A daughter of an actress, she’s performed professionally since age 4. She received her BM in Choral Music Education with a MT minor from UNC Greensboro, and her MM in Musical Theatre/Opera from Arizona State University. Beginning her opera career, she was recently awarded at the district level of the Metropolitan Opera Laffont Competition. Her favorite recent productions include Caroline or Change (Moon) and Bright Star (Mama Murphy). She strives to spread love, light and laughter on and offstage. 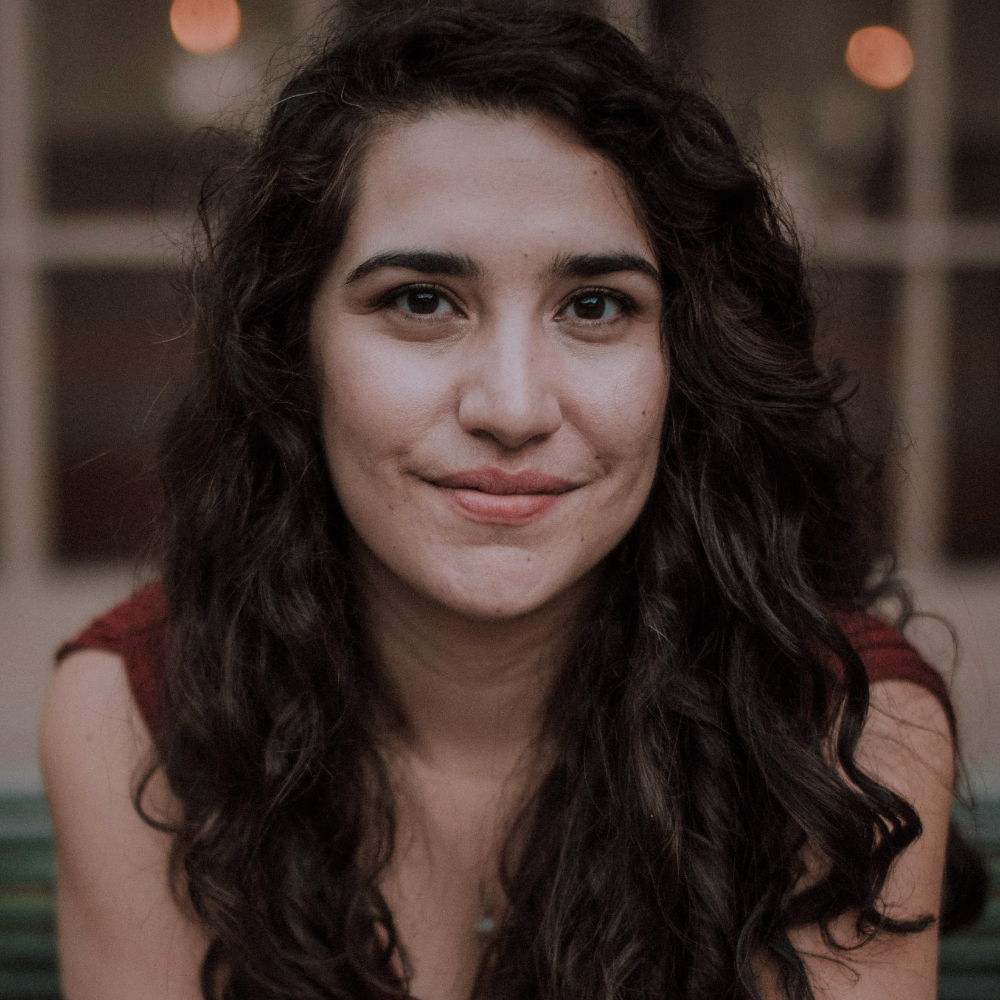 Dramatic mezzo soprano, Danielle Corella, is a 7th generation Arizona native. Most recently, she returned home from Chicago after pursuing a Graduate Certificate in Voice Performance at DePaul University. Corella has a particular love for bringing music to the community. At Long Beach Opera, she worked as an education artist and regularly performed children’s operas for elementary school students in English and Spanish. Some of Corella’s favorite mezzo soprano roles to perform are the Composer, Santuzza, Eboli, and Carmen. Corella lives in Prescott with her husband, new baby, and cat. 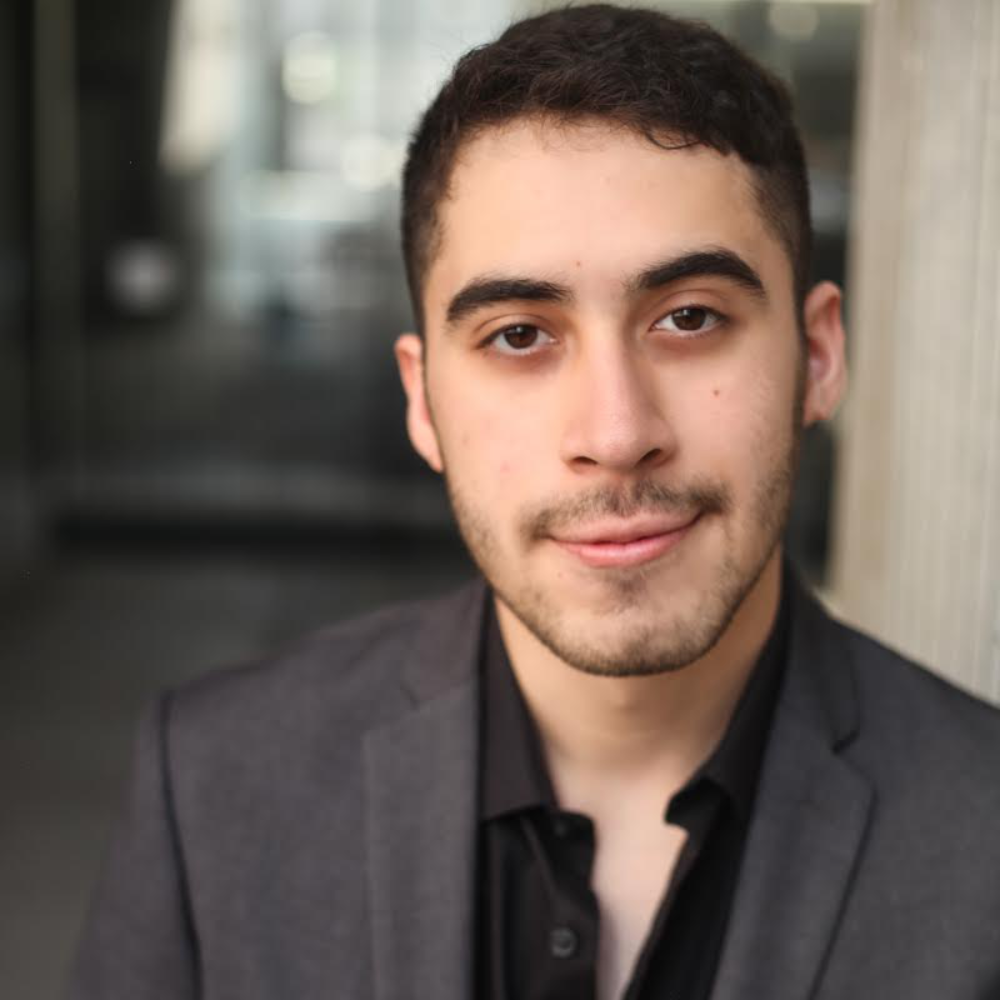 A Houston, Texas native, who recently completed his Bachelors of Music at Arizona State University. He has sung the roles of Father (Hansel and Gretel) at Arizona State, and Marco (Gianni Schicchi) and Senator Potter (Fellow Travelers) with Seagal Festival. Enriquez is very excited to join the team at Arizona Opera! 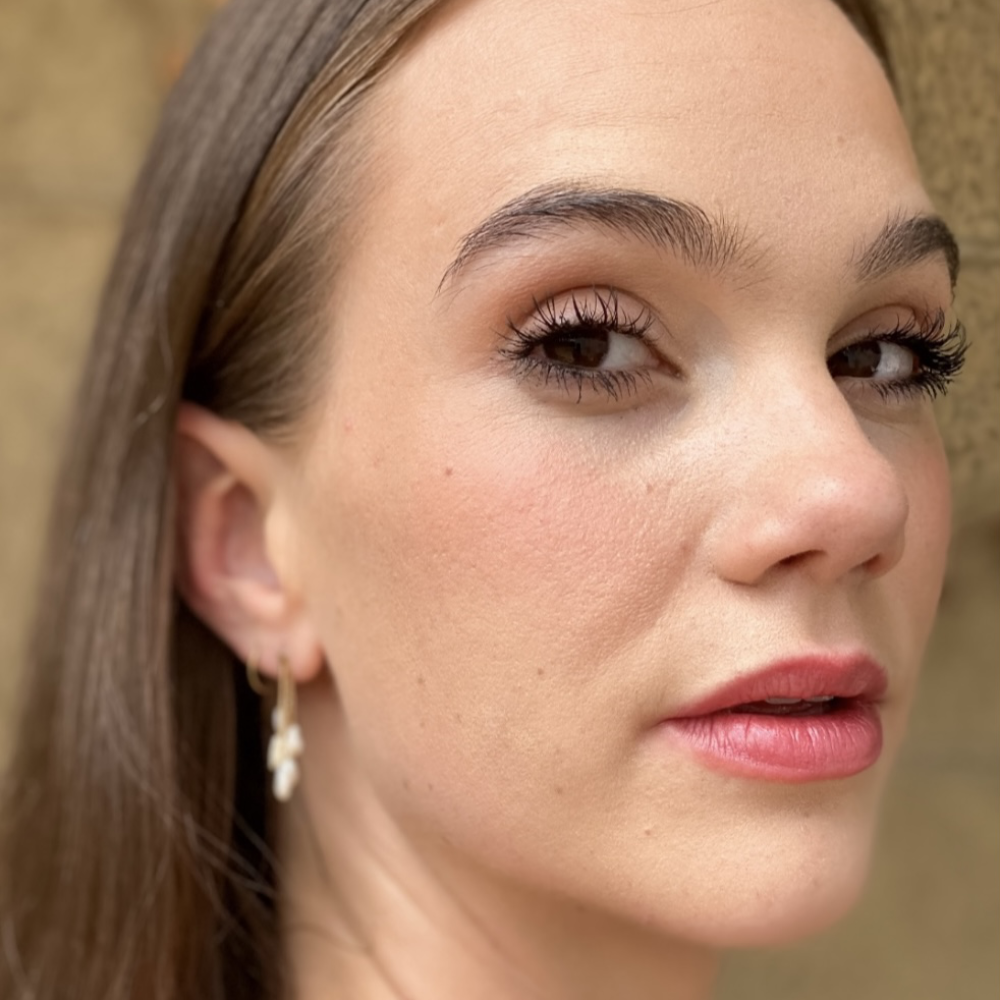 Helen Hendricks graduated from Arizona State University in 2021 where she studied with the globally renowned baritone, Gordon Hawkins. Over the summer, Hendricks sang the role of Queen of the Night with Chicago Summer Opera while also being the Study Cover for La Fée in Massenet’s Cendrillon.

Hendricks is a teaching artist with Arizona Opera, playing the roles of Clorinda and La Fée in an English adaptation of Rossini’s Cenerentola and Massenet’s Cendrillon. 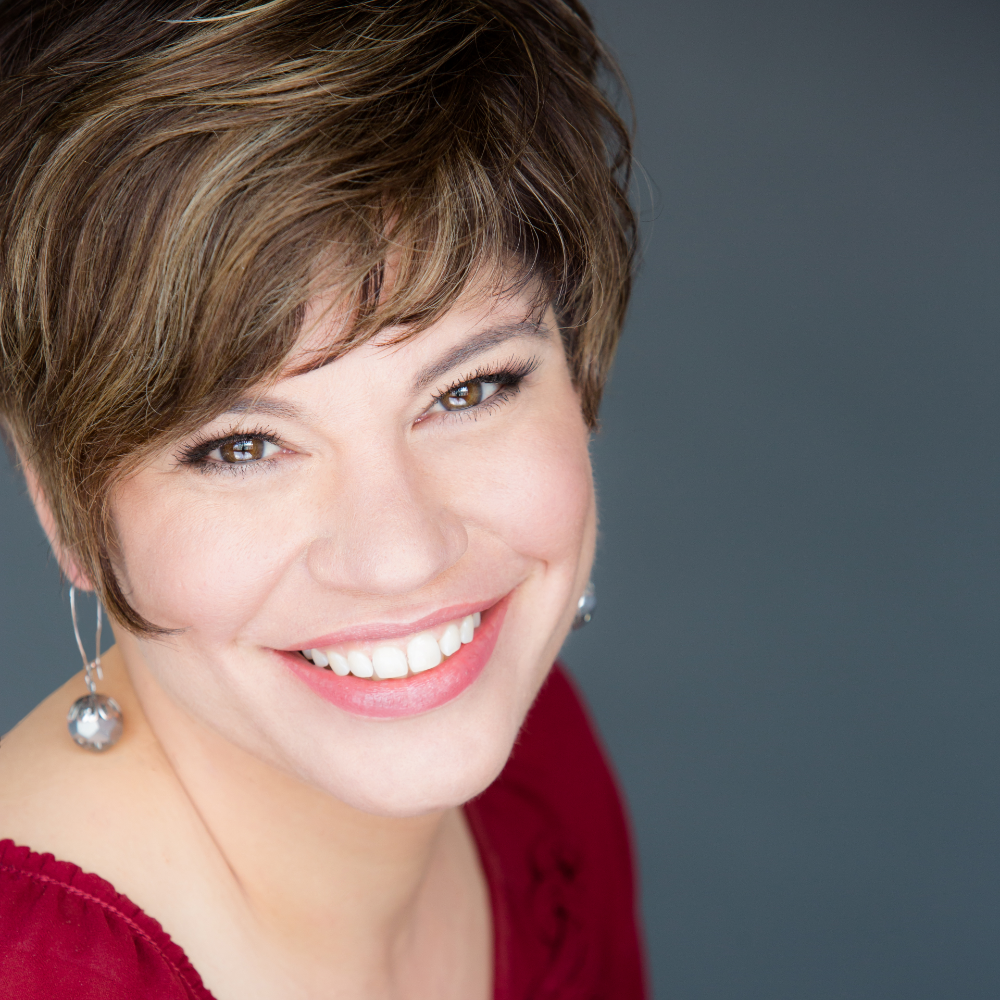 Jennifer Hoppe, pianist, is an active teacher and pianist based in Phoenix, Arizona. Since moving to Phoenix in 2013, Hoppe has worked as a pianist with the Arizona Opera Orchestra and also as principal pianist of the Phoenix Boys Choir. Last season, Hoppe was the pianist/musical director for the Arizona Opera OperaTunity Program which brings an adapted version of Rossini’s Cenerentola and Massenet’s Cendrillon to Title 1 schools in the greater Phoenix area.

During her 15 years in New York City, Hoppe maintained a private coaching studio and was also on the music staffs of the Seattle Opera, Santa Fe Opera, Tulsa Opera and Glimmerglass Opera.

Hoppe is a member of the MTNA, ASMTA and the PMTA. She holds Master of Music Degrees in Collaborative Piano and Vocal Performance from Arizona State University and the University of Connecticut, respectively. 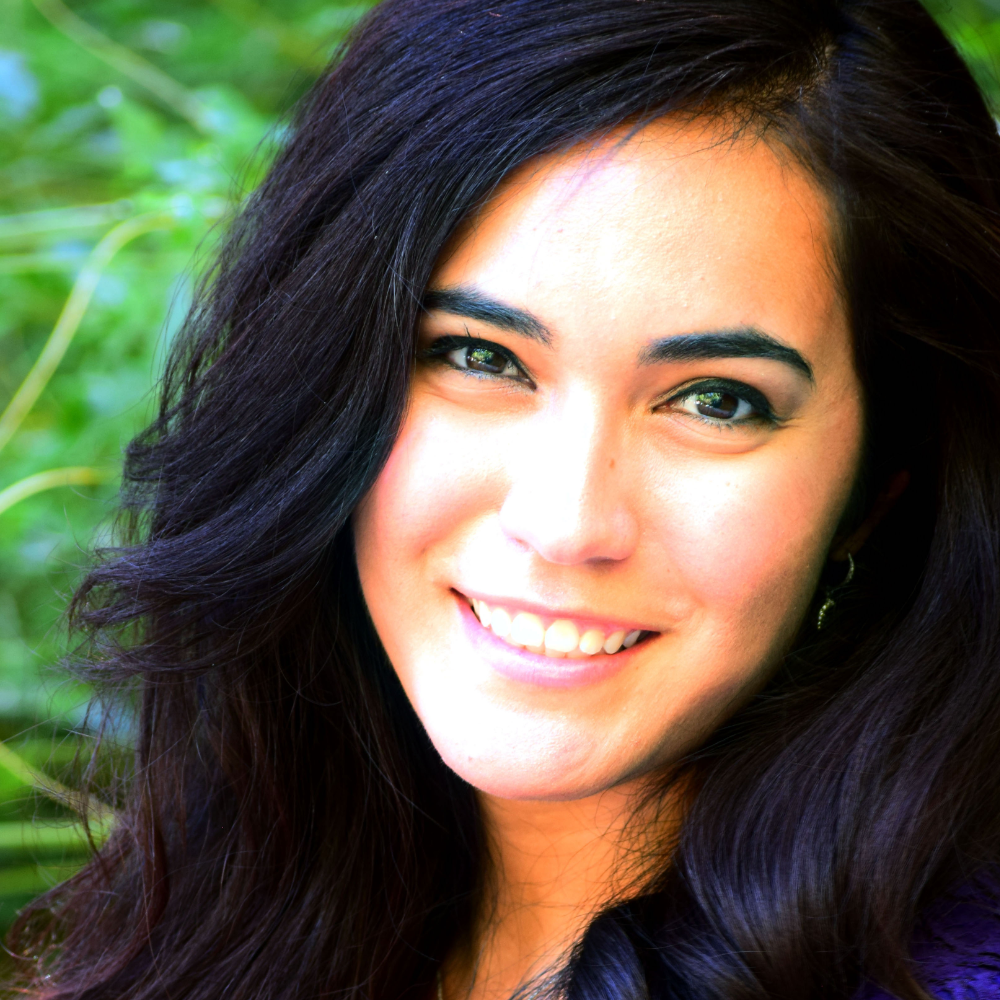 Ariana Iniguez is a mezzo-soprano and a native of Phoenix, Arizona. She currently studies with distinguished pedagogue Gail Dubinbaum Massaro. She has been praised for her musicianship, full sound, colorful tone, and attention to technique. Iniguez holds both a master’s and bachelor’s degree in Voice Performance from the University of Arizona.

In her free time, she enjoys practicing yoga, journaling, and traveling. 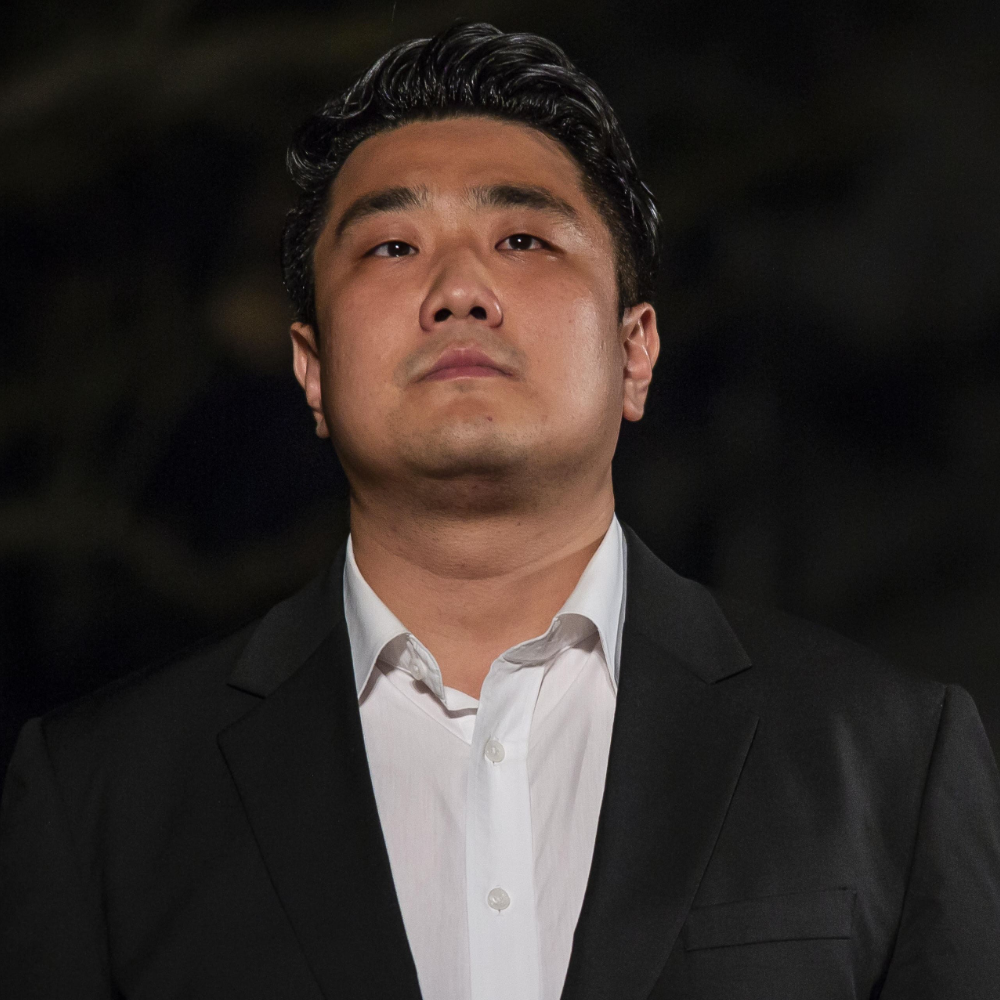 Yongjae Lee, a baritone from South Korea graduated from Seoul National University and Manhattan School of Music. He won the 1st Prize in 'The 5th New York International Music Competition' and got an 'Edward C. Braunstein, New York Assemblyman Award', the 1st prize from 'Dr. Larry Day Memorial Voice Competition' and a Winner of the President's competition voice at the UoA. He performed the roles Gianni Schicchi, Leporello, and Grandpa Moss in the University of Arizona Opera Theater productions, and ‘Peter’ in Hänsel und Gretel at the Chicago Summer Opera Festival.

He is pursuing a D.M.A as a Graduate Teaching Assistant at the University of Arizona, Fred Fox School of Music under the tutelage of Professor Yunah Lee. 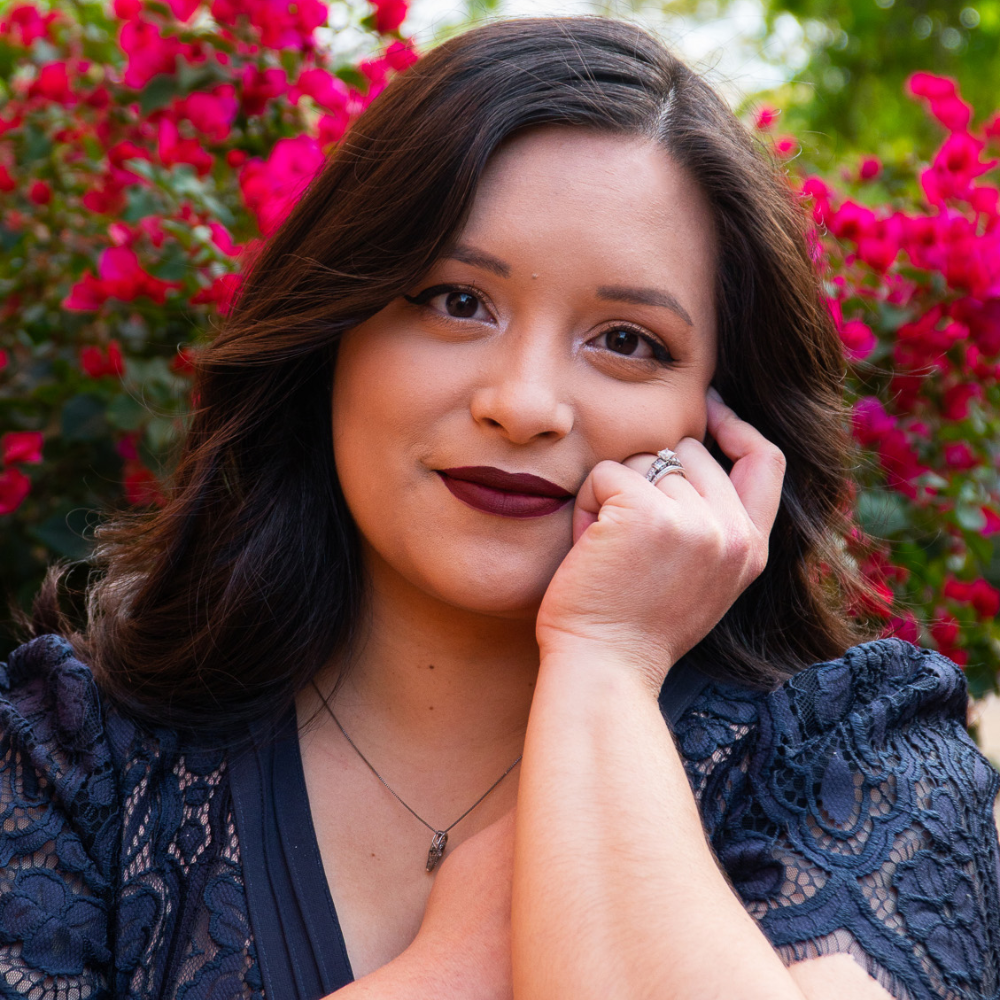 Jenny Madruga Chavez is a wife, mother, opera singer, and voice teacher who has served the Arizona community for over 5 years. She is a proud student of Stephanie Weiss and received her Master’s in Vocal Performance in 2021. Her favorite performed roles are Atalanta from Xerxes, and Nora from Riders to the Sea. She has studied characters such as Susanna, and Manon via scene and aria work. She started her professional singing career with Arizona Opera as Malla in the 2022 production of A Little Night Music and will sing in the 2022/23 Season chorus and join the roster of Arizona Opera’s Ambassador Performing Artists.

A fun fact about Jenny Madruga is that she is the business owner of Sing Pretty Designs where she creates opera inspired merchandise for the modern singer. 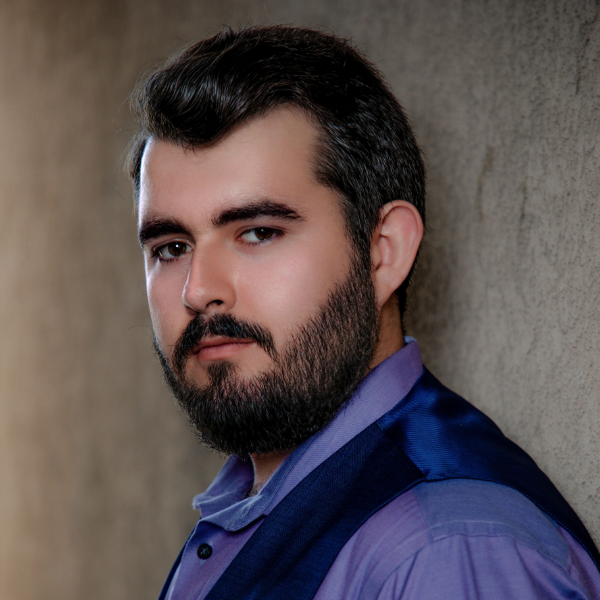 John Momeyer is a tenor with a degree in vocal performance from Arizona State University. He has received instruction from prominent artists such as Dr. Amanda DeMaris, Dr. Justin Carpenter and Mary-Sue Hyatt. He was recognized by the National Association of Teachers of Singing by receiving first place in the 2021 Arizona Division Vocal Competition, second place in the 2022 Cal-Western Region and also made Semi-Finals for their 2022 National Competition./p> 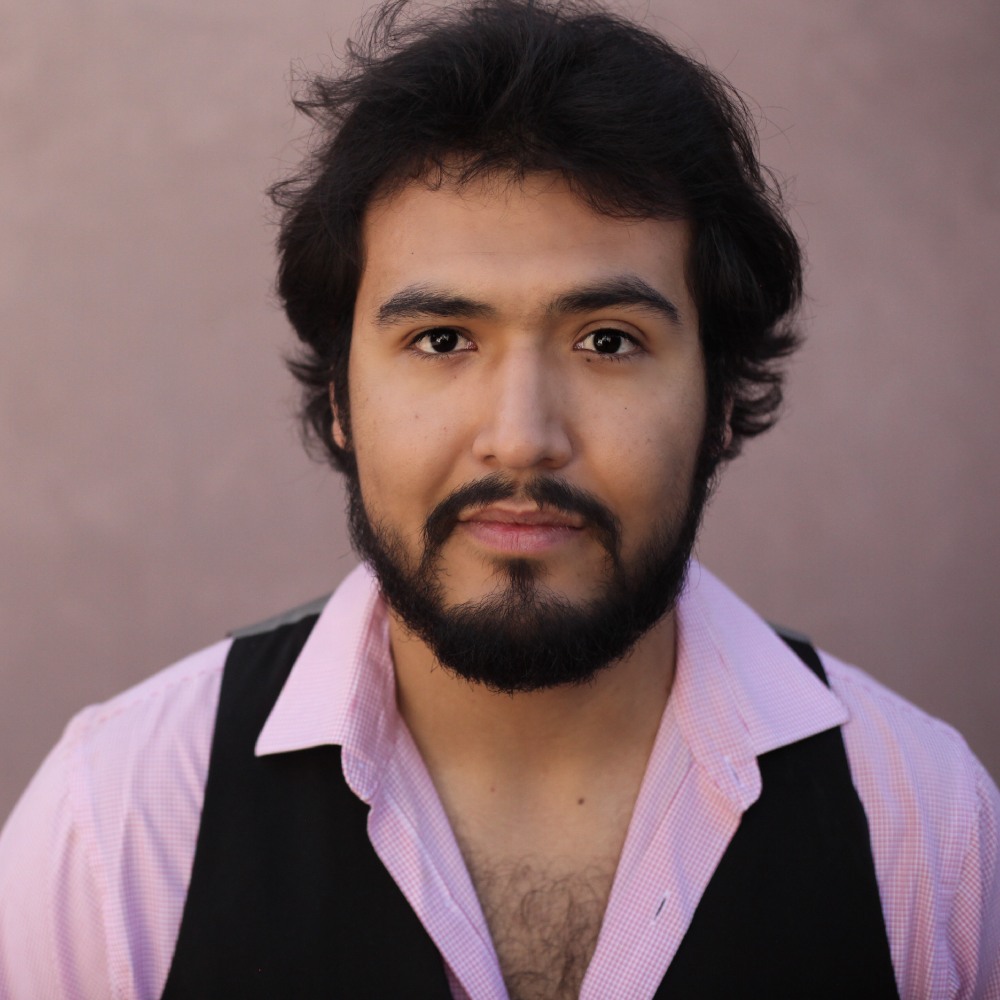 Mauricio Perusquia, baritone, holds an MM in Opera Performance from Arizona State University and a BM in Voice Performance from the University of Texas at El Paso. Perusquia performs with the OperaTunity Troupe of Arizona Opera, bringing music to schools in the Phoenix area. He has also participated in the Curbside Opera initiative as a Resident Artist with El Paso Opera.

Perusquia has engaged in many new works such as Arizona Opera’s Silent Night and the New Works reading of the jazz interactive opera, Marie Begins, as well as concert works such as Cipher. 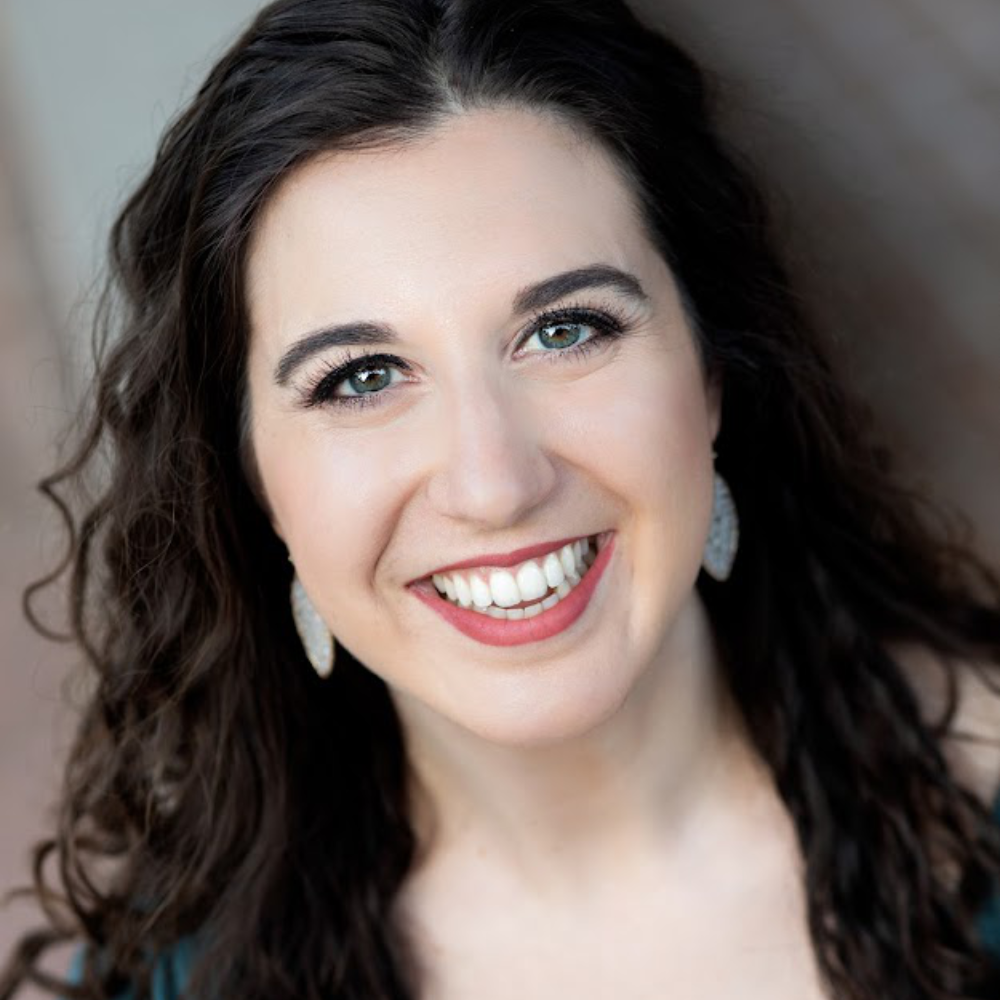 Dr. Miriam Schildkret is thrilled to be a part of the Arizona Opera Ambassador Artist Program! You may have seen her in school touring productions with Arizona Opera's OperaTunity program or on the main stage in the Arizona Opera Chorus. During her time with OperaTunity, she performed Cinderella (Cinderella), Third Lady/Queen of the Night/Papagena (The Mini-Magic Flute), Hansel (Hansel and Gretel), and The Sea Witch (Rusalka: The Littlest Mermaid). Other favorite roles include Dorabella (Così fan tutte), Dido (Dido and Aeneas), Prince Orlofsky (Die Fledermaus), Tisbe (La Cenerentola), Third Lady (The Magic Flute), and Kate (Owen Wingrave).

Dr. Schildkret has been a lecturer and motivational speaker through Arizona Opera's Virtual Masterclass Workshops since Fall 2020. She is a certified Nutrition Coach, and has spoken with students and adults across the nation about health, performance anxiety, opera history, and other topics.

Dr. Schildkret was featured in the Arizona PBS series Desert Canvas, a collection of stories about local artists and their impact on the community, and was also a speaker with TEDx Scottsdale Women. 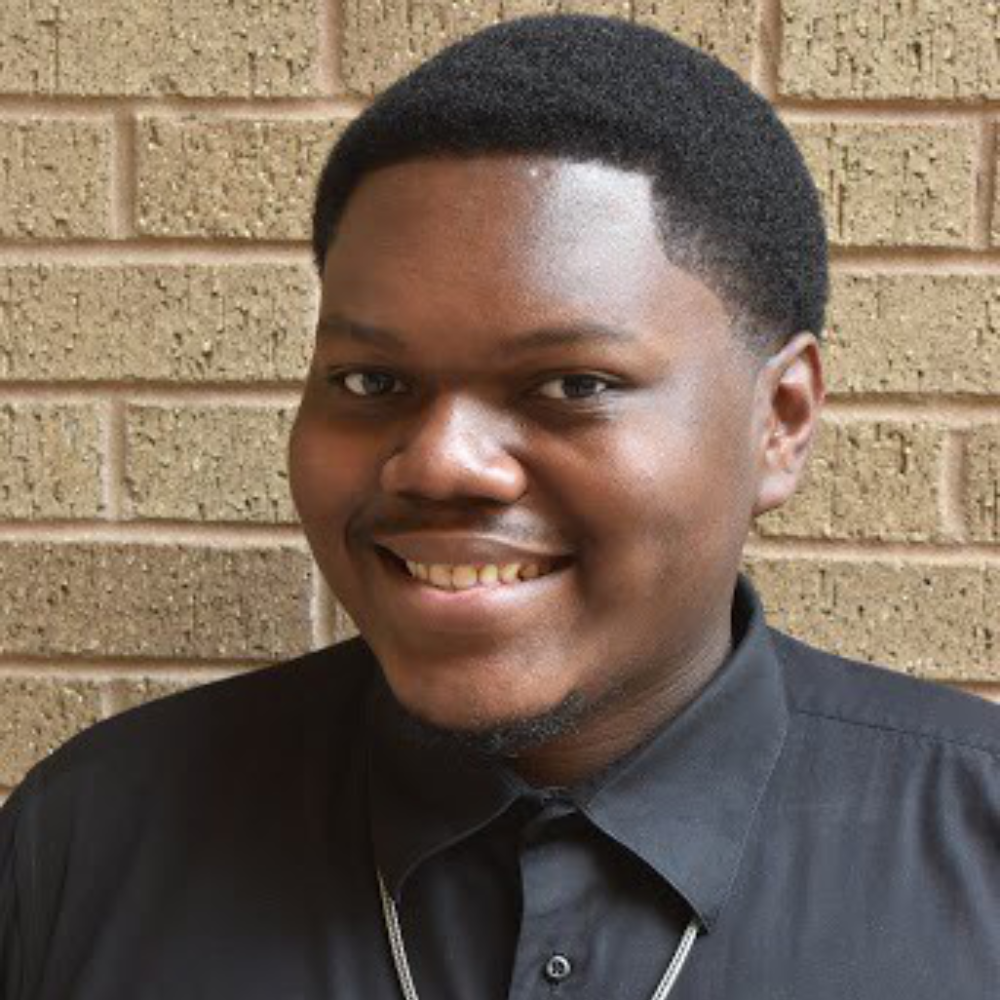 A native of Fort Worth, Texas, Sharp holds a Bachelor of Music degree in vocal performance from Prairie View A&M University. Currently, Sharp is a second year Masters student in Opera Performance at Arizona State University and studying with Gordon Hawkins. After graduation, Sharp plans to begin a full-time career in opera and classical singing.