Opera Through the Ages – A Three-Part Series 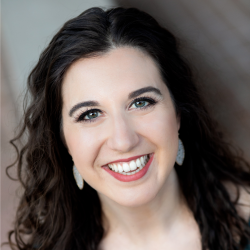 Each lecture in this three-part series will take audiences on a journey from the origins of opera all the way to opera in the present day. Musical examples and performances are included in each lecture helping to guide you through each time period.

The Origins of Opera

The first in a three-part series, join Dr. Miriam Schildkret as she brings you back to the origins of opera exploring how it has transformed throughout history. Your expedition, starting in the 1600’s, is complete with musical examples and exciting stories guiding you through the Classical period – the birthplace of several beloved operas. Whether you’re a new opera lover or longtime enthusiast, you’ll enjoy every twist and turn of opera’s exciting history!

In part two of the “Opera through the Ages” series, we leave the Classical period and enter the 19th century. Grand opera’s such as Carmen, Tosca, and La bohème, take center stage. Join us as we dive deep into the grand operas of the 19th century and the pieces that shaped today’s modern opera.

In the third and final lecture in the “Opera through the Ages” series, we take a look at modern day works., New compositions such as Fellow Travelers, Shining Brow, and Blue are becoming standard repertoire and being performed right alongside the beloveds. We will also explore the blurry line between Opera and Musical Theater – what do these two similar art forms have in common? And what makes them unique?