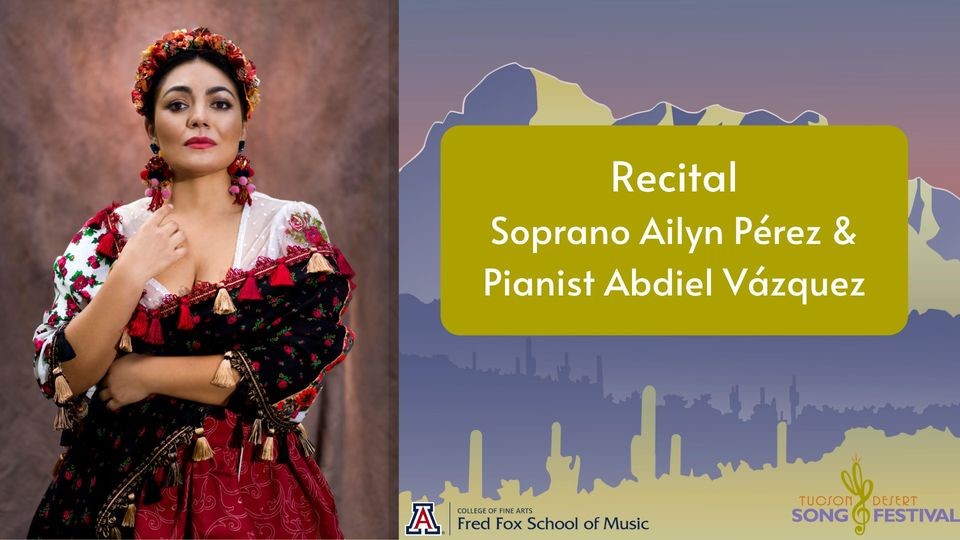 Ailyn Pérez:
Hailed by the New York Times as “a beautiful woman who commands the stage” and “a major soprano,” Ailyn Pérez is in demand at the world’s leading opera houses and cultural capitals. She won the 2012 Richard Tucker Award, becoming the first Hispanic recipient in the award’s 35-year history. As Opera News observes, “The phrase ‘an embarrassment of riches’ might have been invented to describe the combination of talents that belong to Ailyn Pérez, … who truly seems to have it all.” 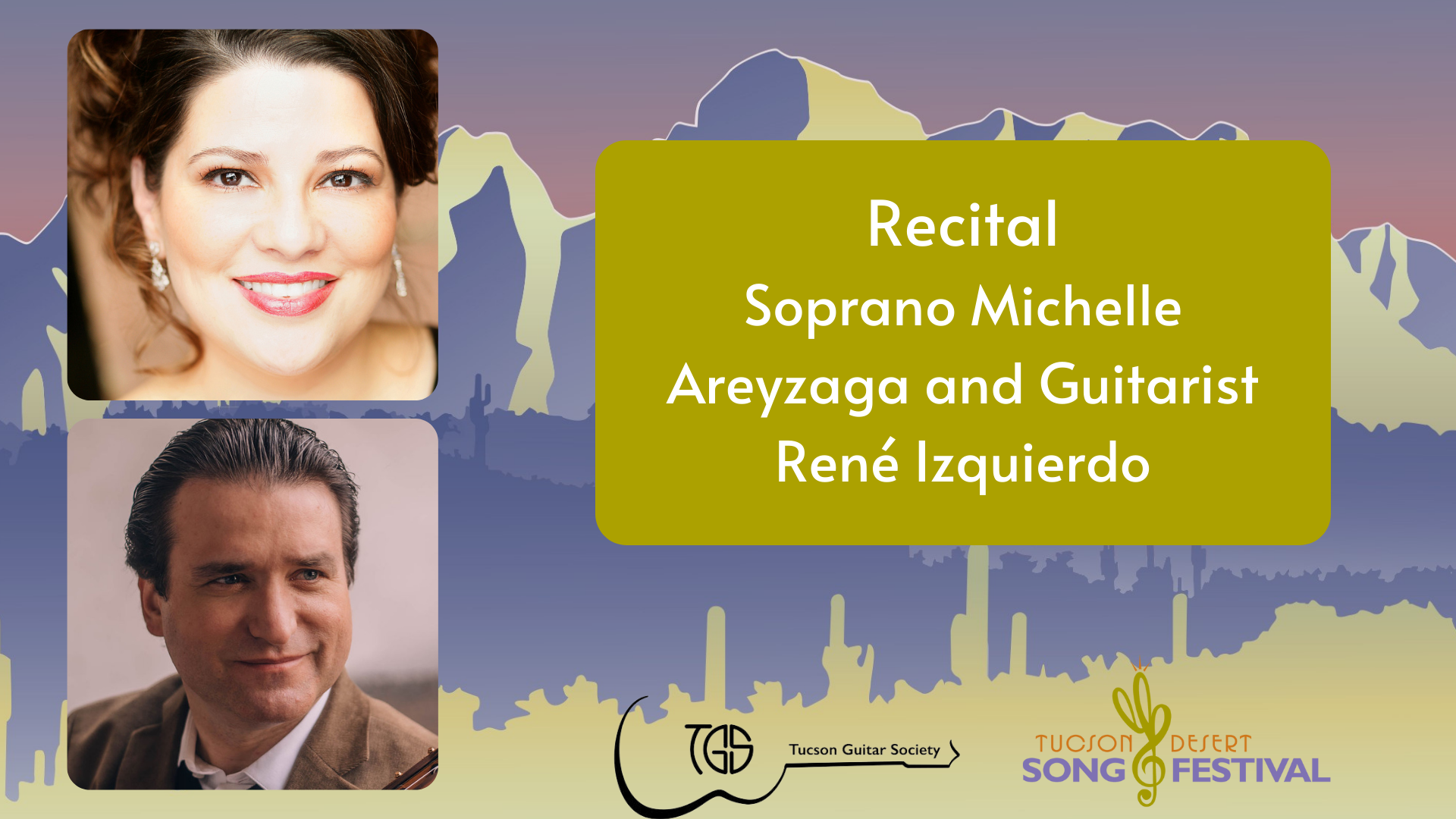 Michelle Areyzaga:
As a coveted performer with a diverse repertoire, American soprano Michelle Areyzaga has performed operatic roles with New York City Opera in Telemann’s Orpheus as well as in its VOX series, and has appeared in leading roles with Chicago Opera Theater, Lyric Opera of Chicago’s In the Neighborhoods programs, Opera Birmingham, the Ravinia Festival, and the Orquesta Sinfónica del Estado de México.

Rene Izquierdo:
Cuban-born René Izquierdo is a unique artist and passionate educator whose career has been dedicated to inspiring individuals and connecting communities. Through his “unforgettable versatility, sensitivity and sublime musicianship” (Classical Guitar Magazine), René has firmly established himself as one of the world’s classical guitar virtuosos. He is celebrated for his ability to weave an unparalleled technical command of his instrument with his gift of storytelling, accomplishing an intimate musical experience with his audience. 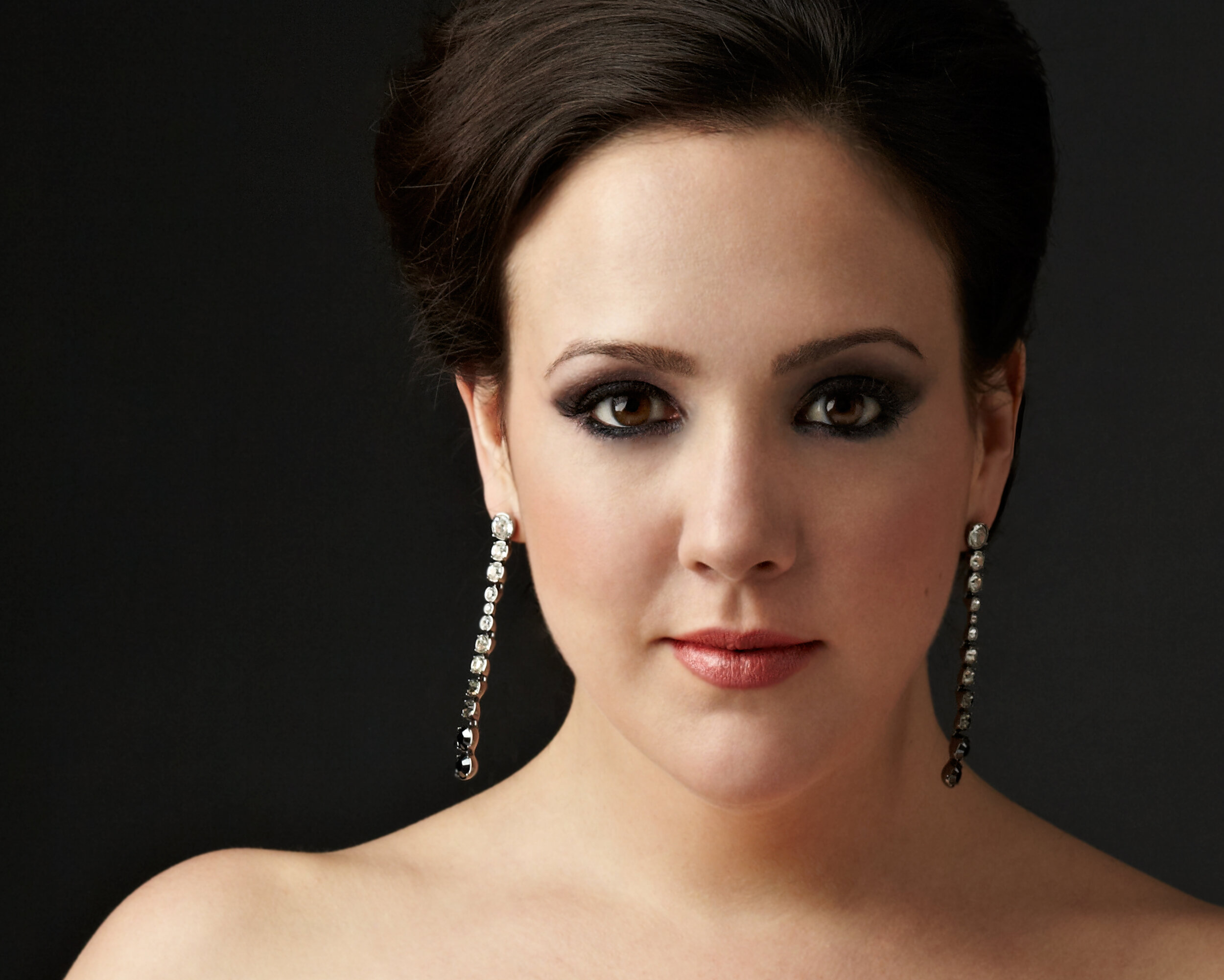 Susanna Phillips:
Alabama-born soprano Susanna Phillips is a recipient of the Metropolitan Opera’s 2010 Beverly Sills Artist Award. Known for her sparkling portrayal of Musetta in La bohème, Phillips has sung at the Met for 12 consecutive seasons in the roles of Musetta, Pamina, Donna Anna, Rosalinde, Antonia/Stella, Micaëla, Donna Elvira, and most recently as Countess Almaviva, a role very close to her heart. Role highlights at the Met include Fiordigili, which the New York Times called a “breakthrough night,” and Clémence in the Met premiere of Kaija Saariaho’s L’amour de Loin. Phillips was also a featured artist in the Met’s Summer Recital Series. 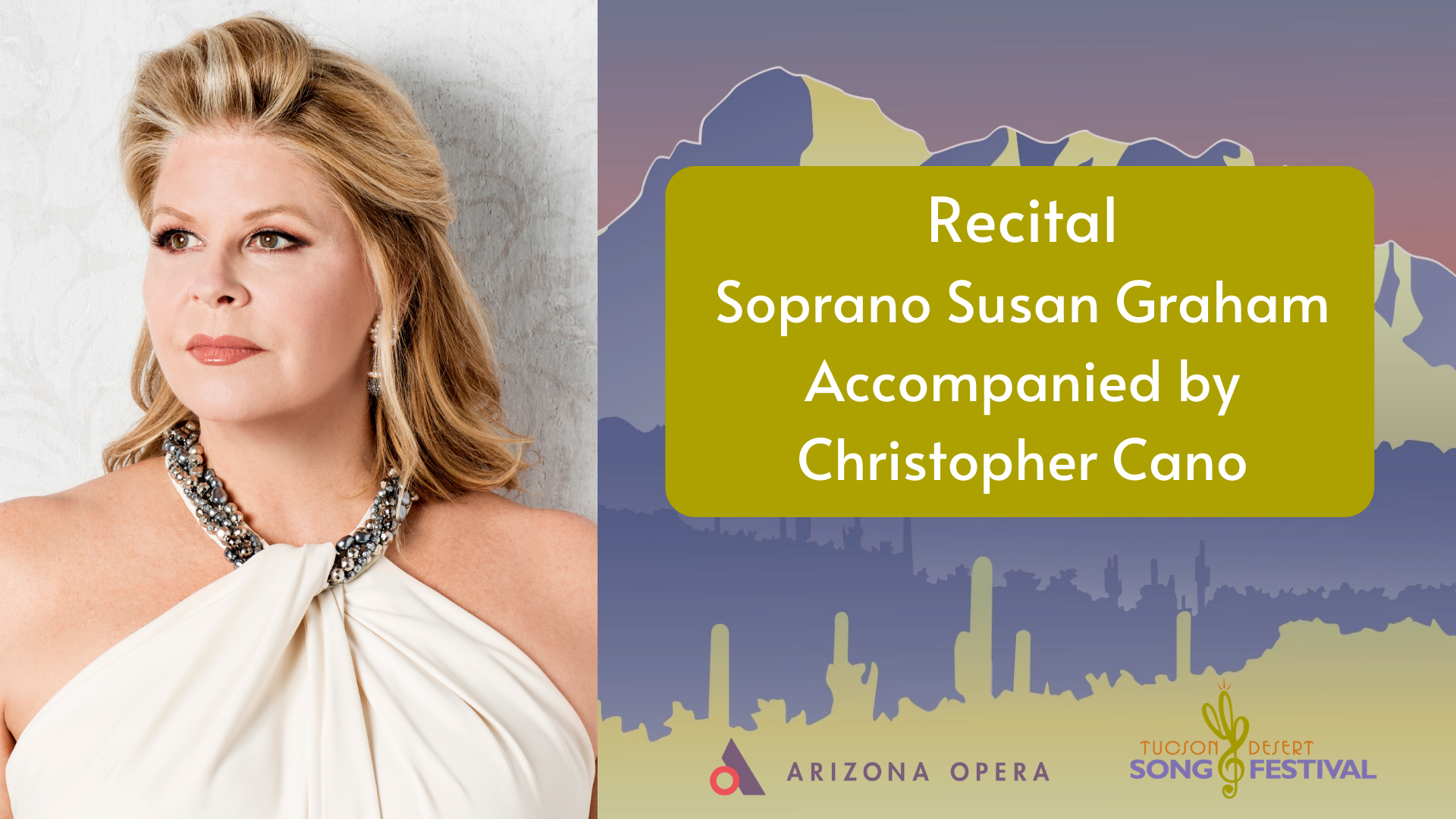 Leading her industry with some of the most prestigious awards in opera, including a Grammy Award, an Opera News Award, and Musical America’s Vocalist of the Year, Graham is joined by Arizona Opera’s very own Head of Music & Director, Marion Roose Pullin Opera Studio, Christopher Cano.

Recitals will be at the Fred Fox School of Music, Holsclaw Hall

Due to the current prevalence of COVID-19 and the Omicron variant, Tucson Desert Song Festival requires all attendees to provide a negative COVID-19 PCR test taken within 72 hours of the event date. Attendees providing Tucson Desert Song Festival with proof of full COVID-19 vaccination will be granted an exception to this requirement. Photo ID and masks will be required for all attendees.