The Daughter of the Regiment 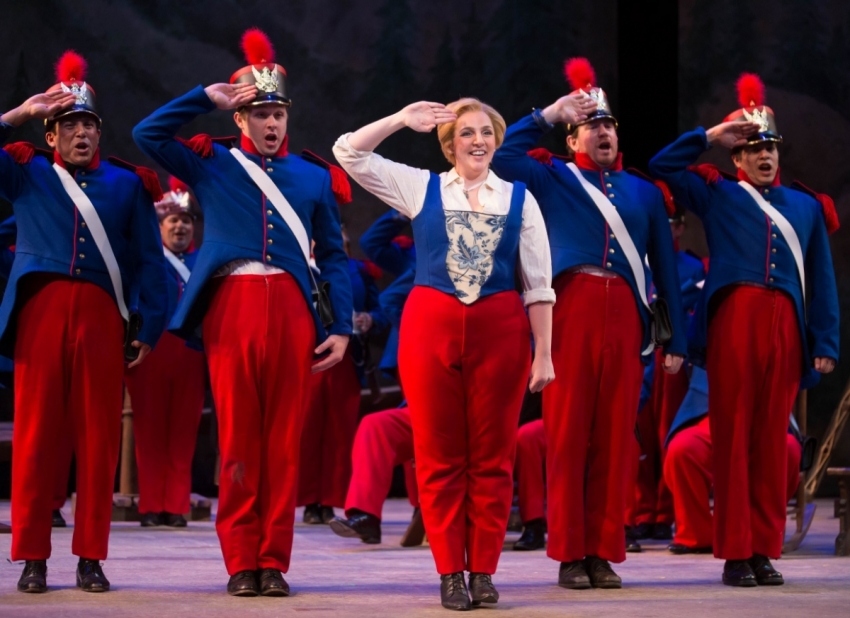 Critic Chris Curcio reviewed the Arizona Opera's "The Daughter of the Regiment" as the 2014/15 season concluded. "Arizona Opera is now a premiere regional opera company," commented Curcio. "Based on this season’s first two operas, Arizona Opera presents impressive productions that rival the best of this country’s regional opera companies. But the company’s status rose even higher with the brilliantly sung production of Donizetti’s comedic gem, “The Daughter of the Regiment” that ended the local season at Symphony Hall."

I haven’t laughed so much at an opera in years. It was stage director John de los Santos, in his Arizona Opera debut, that kept the opera’s pace brisk and crafted the richly amusing comic machinations.