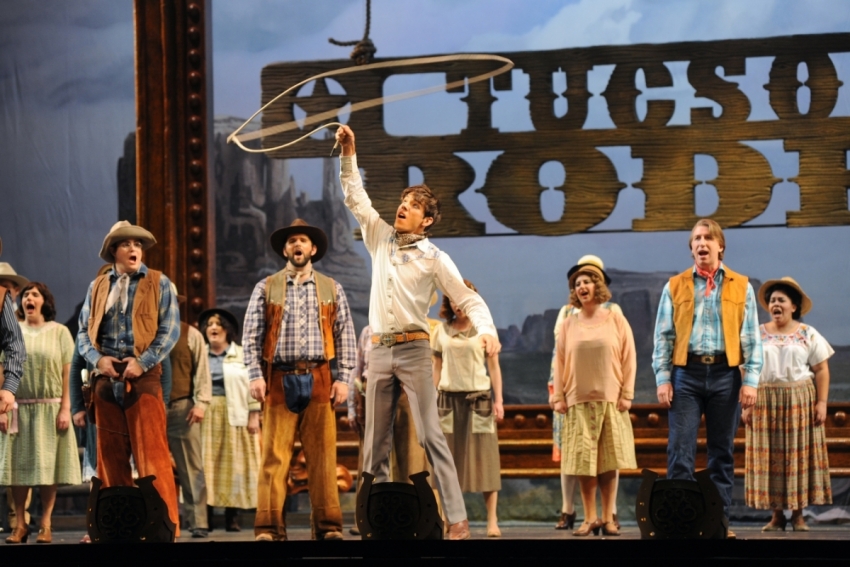 Arizona Opera's production of Arizona Lady is given praise by the ASU News for bring this Euorpean production to the United States. The review discusses the plot of the story and the lasting impressions it made on those who saw it.

"They really tried to make this production as multicultural as possible. Musically, some of it sounds very much like Hungarian-influenced Viennese operetta, which is what Kálmán wrote. Some of the music sounds like it's straight out of ‘Oklahoma’; some of it sounds like it’s out of 'The Lawrence Welk Show' because it was written in the early 1950s. It’s very tuneful. It’s funny. It’s corny. But it’s touching, too."