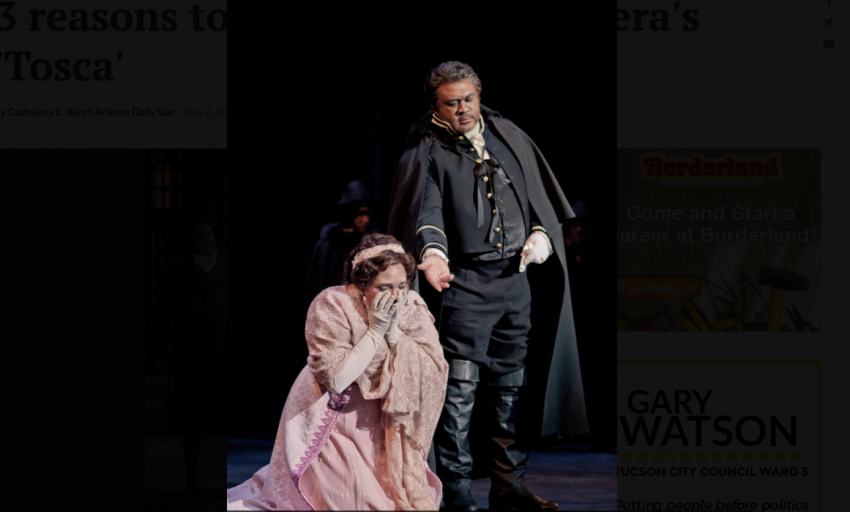 Every four or five years almost since it was launched in Tucson in 1971, Arizona Opera has performed Puccini’s popular Italian melodrama “Tosca,” and Arizona Opera General Director Joseph Specter has an idea why: There’s just something about Puccini that is irresistible.

Specter to gave three things to look for in Arizona Opera’s production of “Tosca.”

Puccini and this work are always such a powerful combination of engaging people in opera. As a former baritone, I always dreamed of playing (Baron) Scarpia, I think that's why 'Tosca' might be my favorite.