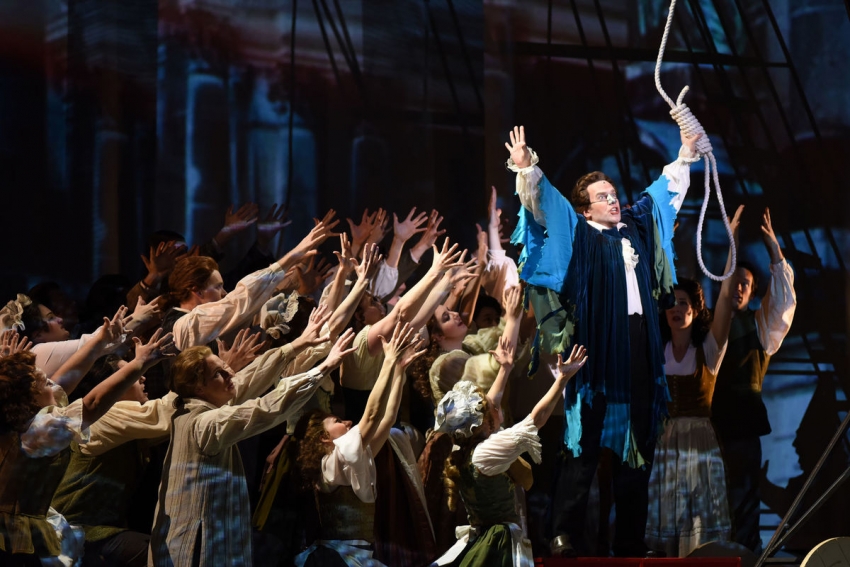 Arizona Opera presented an impressive production of Leonard Bernstein’s Broadway musical/opera masterpiece “Candide.”  The company borrowed the stylish projections and staging from Portland Opera and brought in excellent singers who struggled valiantly with the show’s theatrical moments but generally did fine things with the Scottish Opera version that was used.

Most remarkable was hearing a huge orchestra play Bernstein’s brilliant score with such lush vibrancy using the rarely heard full orchestration.  It was conducted masterfully by Joseph Colaneri.  As many times as I’ve heard the score, I’ve never heard it better performed.  The show remains plagued by the awkward stage adaptation compiled from several versions that doesn’t do justice to Voltaire’s original novel.

It’s rare to see a fully staged version of “Candide” that was as good as this version. Arizona Opera should be proud of presenting and bringing off a strong production.  Unfortunately, “Candide” ended its three performance Phoenix run on Sunday, February 4.