Worth the wait: TSO’s performance of Bernstein’s ‘Kaddish’ is terrific 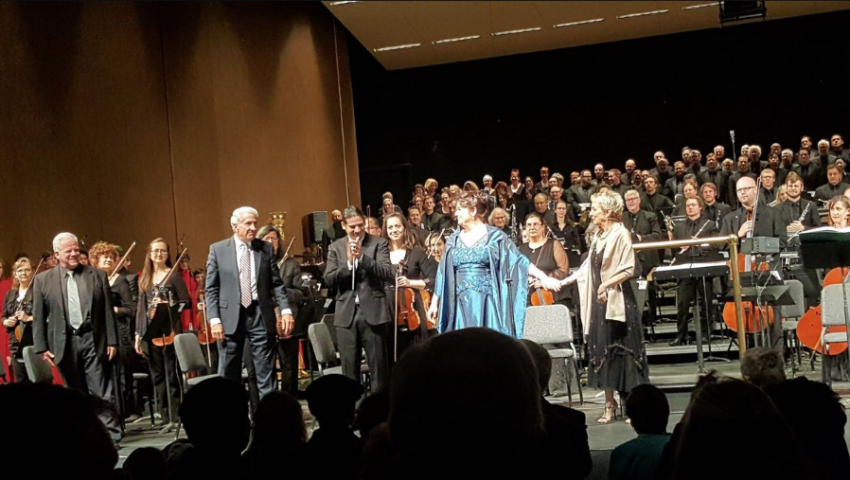 Leonard Bernstein, who died in 1990 at age 72, built the “Kaddish” around Jewish prayers for the dead. It is dramatic music theater in all its glory, with moments of crushing grief brought to life in quivering string passages and rumbling percussion that at times sounded like a thunderstorm swelling in the distance.

The TSO’s “Kaddish” performance kicked off the first weekend of the Tucson Desert Song Festival’s “Bernstein At 100,” which runs through Feb. 4 and surveys all manner of the late composer’s catalogue, from his orchestral and Broadway works to his operetta “Candide,” which Arizona Opera will present at the Music Hall next weekend.

It is easy to see why the TSO, in its 89-year history, waited for an occasion such as this — the sixth annual Tucson Desert Song Festival, dedicated to the 100th anniversary of Bernstein’s birth — to mount such a manpower-demanding work. From the rush of applause Friday night, it was worth the wait.