Arizona Opera brings 'Riders of the Purple Sage' back to Tucson 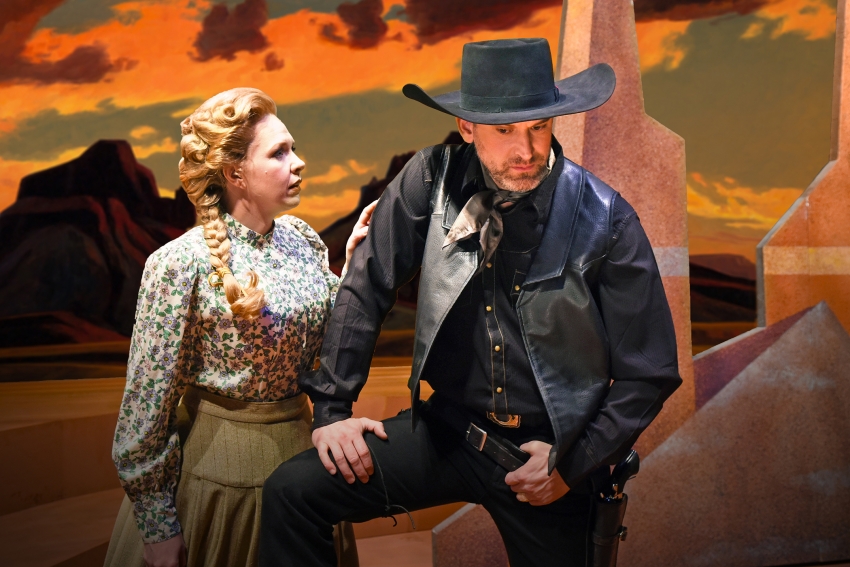 Arizona Opera scored a historical coup in 2017 with its first-ever commissioned and world-premiered opera “Riders of The Purple Sage.”

This weekend, they are bringing the piece back to the stage.

“There is no magical number of performances of any opera. ... With ‘Riders,’ we had in its world premiere in 2017 such an amazing level of community resonance that we felt that the piece had a place in our season in 2020,” said Arizona Opera President and General Director Joseph Specter.

When it performed the world premiere of “Riders” three years ago, 8,204 people attended over five performances — two in Tucson, where it opened, and three in Phoenix. Single-ticket sales outpaced the hugely popular “Carmen” from the 2015-16 season and ranked in the top three or four operas the company has mounted in the past 20 years, Specter said.

“It sits among ‘Bohème,’ ‘Butterfly’ and ‘Carmen’ in terms of the level of single ticket sales,” he said. “Even in the remount, it’s selling significantly better than most of our traditional operas and I think that just goes to the staying power of the piece.”

Arizona Opera will perform “Riders of the Purple Sage” twice this weekend; it opened in Phoenix last weekend.

The opera is based on Zane Grey’s seminal novel of the same name and follows a devout Mormon woman trying to assert her independence as a rancher in a community that would rather she marry and let her husband do the man’s work. The story, which takes place in the late 1800s, includes murder, a love story, a gallant white knight and the ultimate operatic ending — a dramatic martyred death.

If you saw the world premiere in 2017, you’ll notice some differences this go-around, including a new cast, new projection designs that enhance the 1,300-square-foot video wall of dramatic Arizona landscapes created by Phoenix artist Ed Mell, and a beefed-up orchestra numbering 56.

“This piece still has an incredible power to move,” Specter said, adding that ticket sales this time around are less robust but there is still incredible interest.

“I really think that what you see with any new work, the excitement and the newness, that goes away,” he said. “But we believe that ‘Riders’ has a place in the cannon in the longterm.”