Phoenix, AZ (Dec. 8) – Arizona Opera is proud to announce seven talented performers that will be joining Arizona Opera for its 2022/23 Season. Through an intense audition process, these young artists were chosen based on professionalism, talent, passion for the art form, and a desire to continue their training in a prestigious professional setting. Studio Artists can be seen performing on both our main stage and throughout Arizona. The Studio also provides well-rounded, personalized instruction that propels each artist to the next level. These opportunities help bridge the gap between academic studies and a professional career.

“The Marion Roose Pullin Opera Studio of Arizona Opera provides gifted singers, pianists, and aspiring stage directors with an opportunity to get first-hand experience in the rehearsal room and in the theater under the guidance of seasoned professionals. Providing these wonderful talents with a safe space to experiment and discover their artistic selves is one of the most rewarding gifts any organization can offer a zealous individual,” stated Christopher Cano, Head of Music & Director of the Marion Roose Pullin Opera Studio.

Arizona Opera, entering its 50th Season in fall of 2021, produces fully-staged operas, concerts, and collaborative programs throughout the state of Arizona each season, and is among only a handful of companies in the U.S. that regularly performs in more than one city. Arizona Opera elevates the transformative power of storytelling through music, cultivating community and strengthening a state and people as adventurous and diverse as the place they call home. Since its inaugural year in 1971, Arizona Opera has produced more than 200 fully-staged operas and concerts. The company's artistic history is rich with a blend of operas traditional repertoire featuring baroque, bel canto, and verismo works, turn-of-the-century masterpieces, operettas, and American operas. 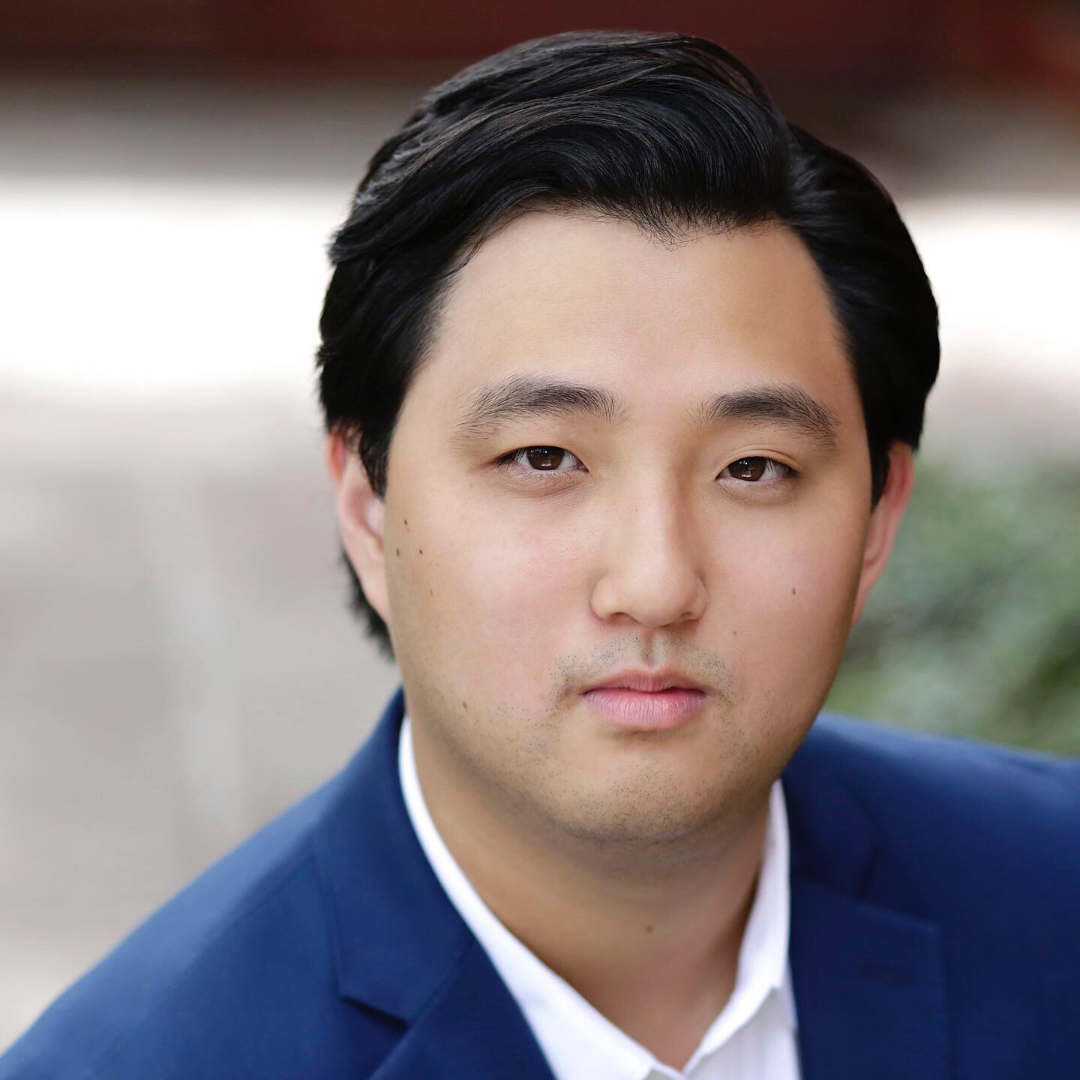 Praised for his “healthy and soaring tenor voice” (The Herald Times), Korean American Brad Bickhardt is a vibrant and versatile performer in both the operatic and musical theatre canon. Highlight performances have included Nemorino (L’elisir d’amore), Tony (West Side Story), and Alfredo (La traviata), as well as originating the role of Colin in We Wear the Sea Like a Coat. Additional 2021-22 appearances have included filming Stone Soup for Tri-Cities Opera, appearing in recital with Chelsea Opera and Maryland Opera, and as a guest artist at Baldwin Wallace Conservatory. Bickhardt received his Bachelor and Master degrees in Vocal Performance from the Indiana University Jacobs School of Music where he appeared in 13 productions with IU Opera Theater as well as serving as an Associate Instructor of Voice. Bickhardt is a proud alumnus of the rosters of Tri-Cities Opera, The Glimmerglass Festival, Opera Naples, Wolf Trap Opera, Opera Saratoga, and Charlottesville Opera. His primary vocal instruction has been under renowned baritone Andreas Poulimenos and husband and wife team Kevin and Heidi Grant Murphy. 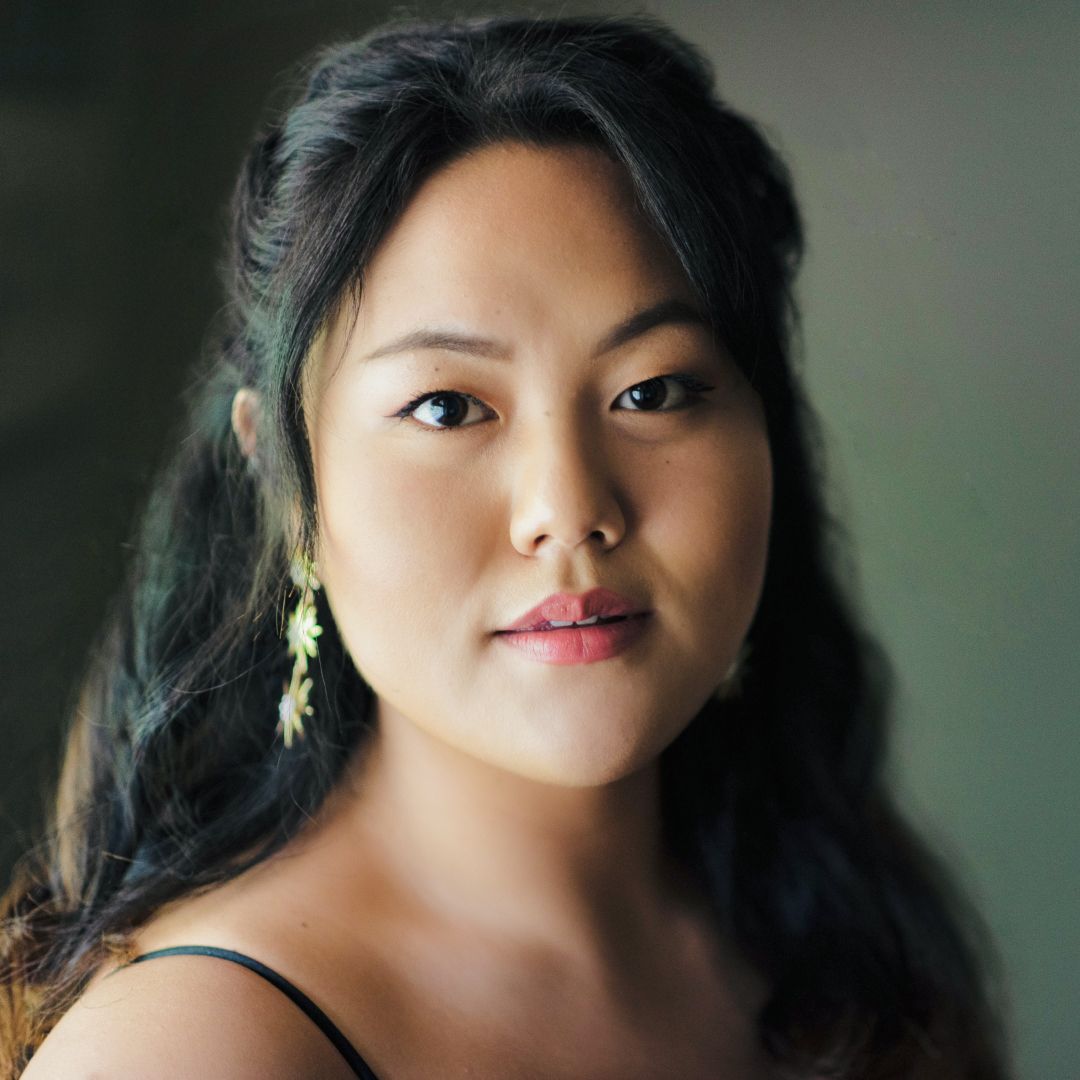 Soprano, Tiffany Choe is a Korean American soprano born and raised in Southern California. She has received her Bachelor and Master degrees in vocal performance from the Indiana University Jacobs School of Music. She is currently pursuing her Performer’s Diploma at the Jacobs School of Music under the tutelage of Kevin and Heidi Grant Murphy. She is the recipient of the Georgina Joshi Fellowship for the 2021-2022 school year. With the Metropolitan Opera National Council Auditions, she was an Encouragement Award winner in the Western Region earlier this year, winner of the district region in Indianapolis in 2020, and an Encouragement Award winner in the Southeast Region in 2019.

Choe attended the Ravinia’s Steans Music Institute as a fellow this past summer and as an apprentice in the summer of 2019. With IU Opera Theater, she has been in 11 productions. Most recently, Choe was seen as Mimì in the IU Opera Theater production of La Bohème. She was also seen as Susanna in The Marriage of Figaro, Constance in Dialogues of the Carmelites, Rosalia in West Side Story, and Laoula in L’Étoile. In the Spring, she will be performing as Magda in Puccini’s La Rondine. 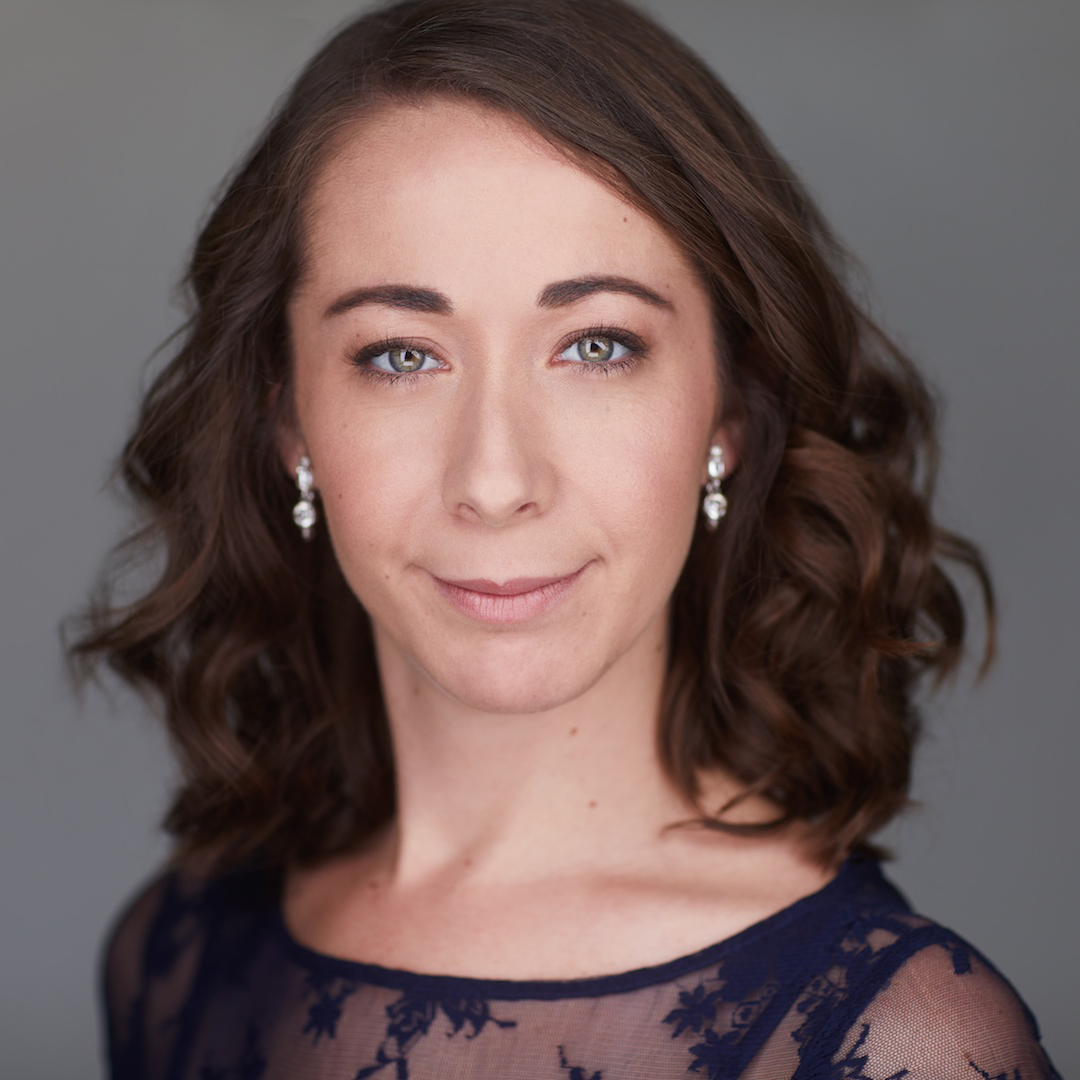 Praised for her captivating stage presence, “full bodied" (Indie Opera) and "nuanced voice” (Boston Musical Intelligencer), mezzo-soprano Lauren Cook is quickly establishing a name for herself in repertoire ranging from Monteverdi to Mazzoli. During the 2021 season, Cook made her company debuts with Painted Sky Opera performing Hannah After in the Oklahoma Premiere of Laura Kaminsky’s As One, Opera Saratoga performing Antonia in Man of La Mancha, and Virginia Opera performing Wellgunde in Das Rheingold. Cook was most recently seen performing Edwin the Avatar/Eddie in the film version of Frances Pollock’s Earth to Kenzie.

Cook will close out 2021 with the World Premiere of Molly Joyce’s Our Way of Being Small in the World with Fresh Squeezed Opera in NYC, followed by a recording with Opera Philadelphia of Daniel Belquer’s piece Religare Resonare, composed specifically for use with Vibrotextile wearable technology by Music: Not Impossible Labs. Starting the 2022 season, she will return to Virginia Opera to perform Cherubino in their mainstage production of Le nozze di Figaro. 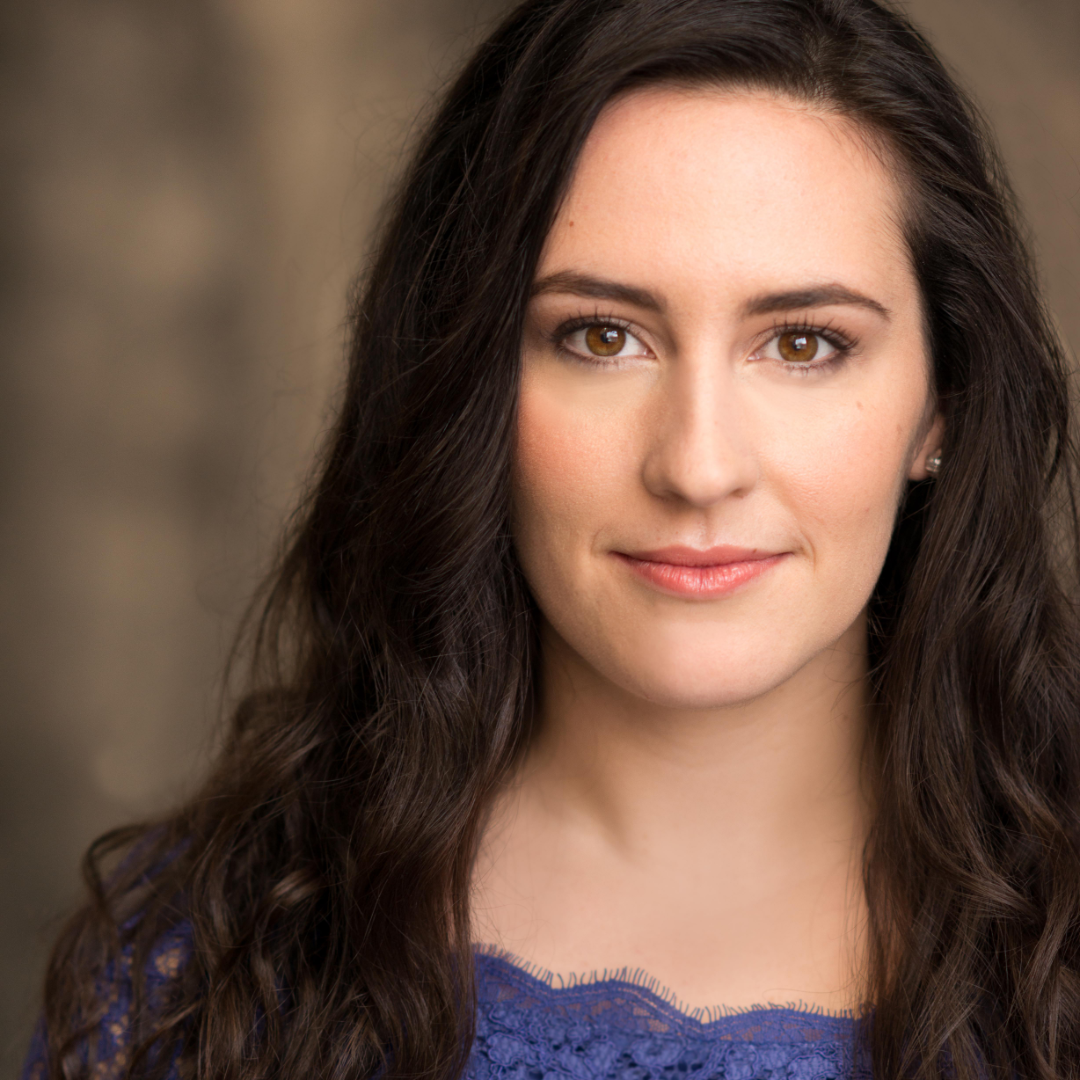 French-American soprano Veronique Filloux has been noted for her “expressive, lovingly shaded soprano” and for using her “dazzling coloratura and lithe stage presence to piquant comedic effect” (Opera News). A current Pittsburgh Opera Resident Artist, she sings Papagena (The Magic Flute), The Girl/Luna (The Rose Elf), and Frasquita (Carmen) in her second year. Previously, she sang Despina (Così fan tutte), Chan (Charlie Parker’s Yardbird), and the title role in Semele in the opera’s 2020/21 season. Having spent summer 2021 with Des Moines Metro Opera as L’Amour/La Folie (cover) in Rameau’s Platée, she returns to the company this summer as Peaseblossom/Tytania (cover) in A Midsummer Night’s Dream. Other recent engagements include a recital with Musicians Club of Women and her scheduled debut with Raylynmor Opera as Nannetta (Falstaff; canceled due to Covid). 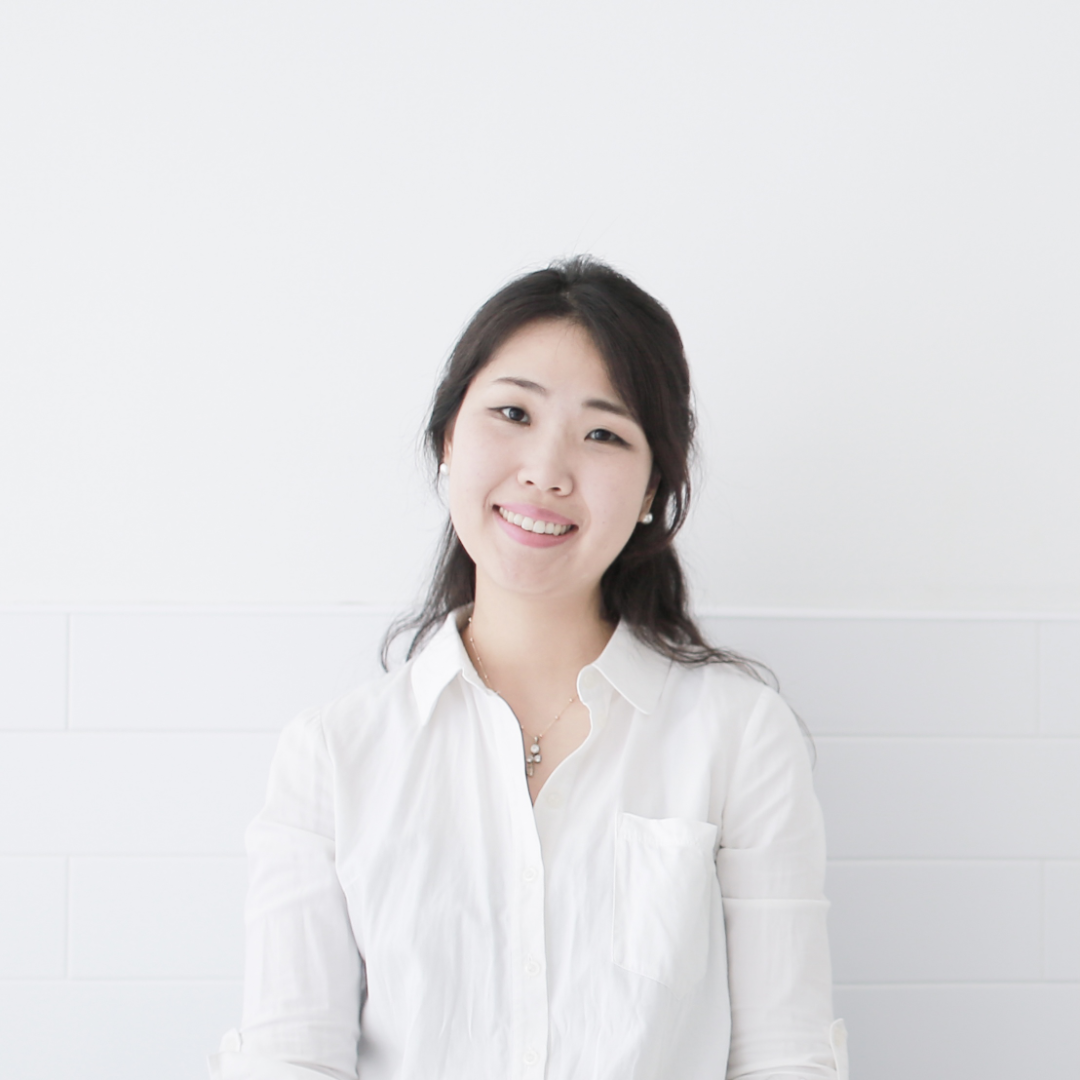 Kim is an alumnus of the Music Academy of the West, where she received the Vocal Piano Fellowship Award (2017, 2018) and the Opera NEO (2019). Upon finishing her Opera NEO Apprentice Pianist program, she has been invited by the company to participate as a member of the music staff since 2020.

Kim completed her Doctor of Musical Arts degree in Collaborative Piano at the University of Texas at Austin, Butler School of Music with Colette Valentine and Tamara Sanikidze. She also received her Artist Diploma in Opera Coaching and a Master of Music degree in Collaborative Piano from the University of Cincinnati College-Conservatory of Music, where she studied with Marie-France Lefebvre and Kenneth Griffiths. Before her studies in the United States, Kim earned her Bachelor and Master of Music degrees in Piano Performance at the Chonnam National University with Hyunok Moon, where she was appointed the Honorary Chancellor’s Award as the top graduate of the College of Arts. 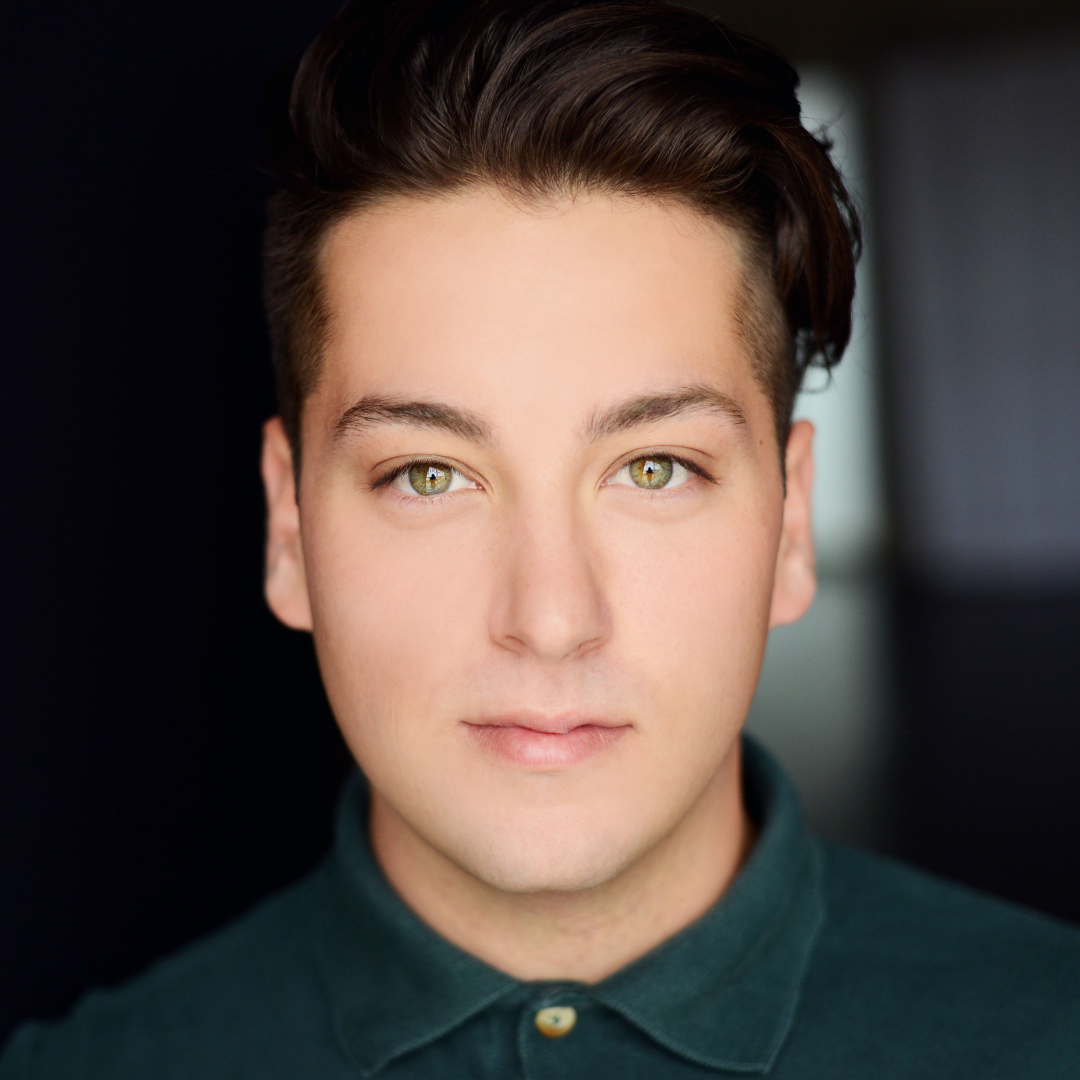 Mario Pacheco is an emerging Canadian stage director hailing from Hamilton, Ontario. He is a graduate of Sheridan College’s Honours Bachelor of Music Theatre Performance program and is currently pursuing the University of Toronto’s Artist Diploma in Operatic Stage Direction under the mentorship of Michael Albano. Assistant directing credits include This is Prophetic with Against the Grain Theatre/UofT Opera, La bohème with Brott Opera, Britten’s A Midsummer Night’s Dream with Opera NUOVA, and Le nozze di Figaro with Western University Opera. Most recently Pacheco directed Il segreto di Susanna, The Bear, and Bon Appétit! for the University of Toronto Opera Division. Future engagements include directing the student composer collective, Disobedience, as well as assisting on Il barbiere di Siviglia and Aaron Copland’s, The Tender Land, directed by Tim Albery for The University of Toronto Opera Division. 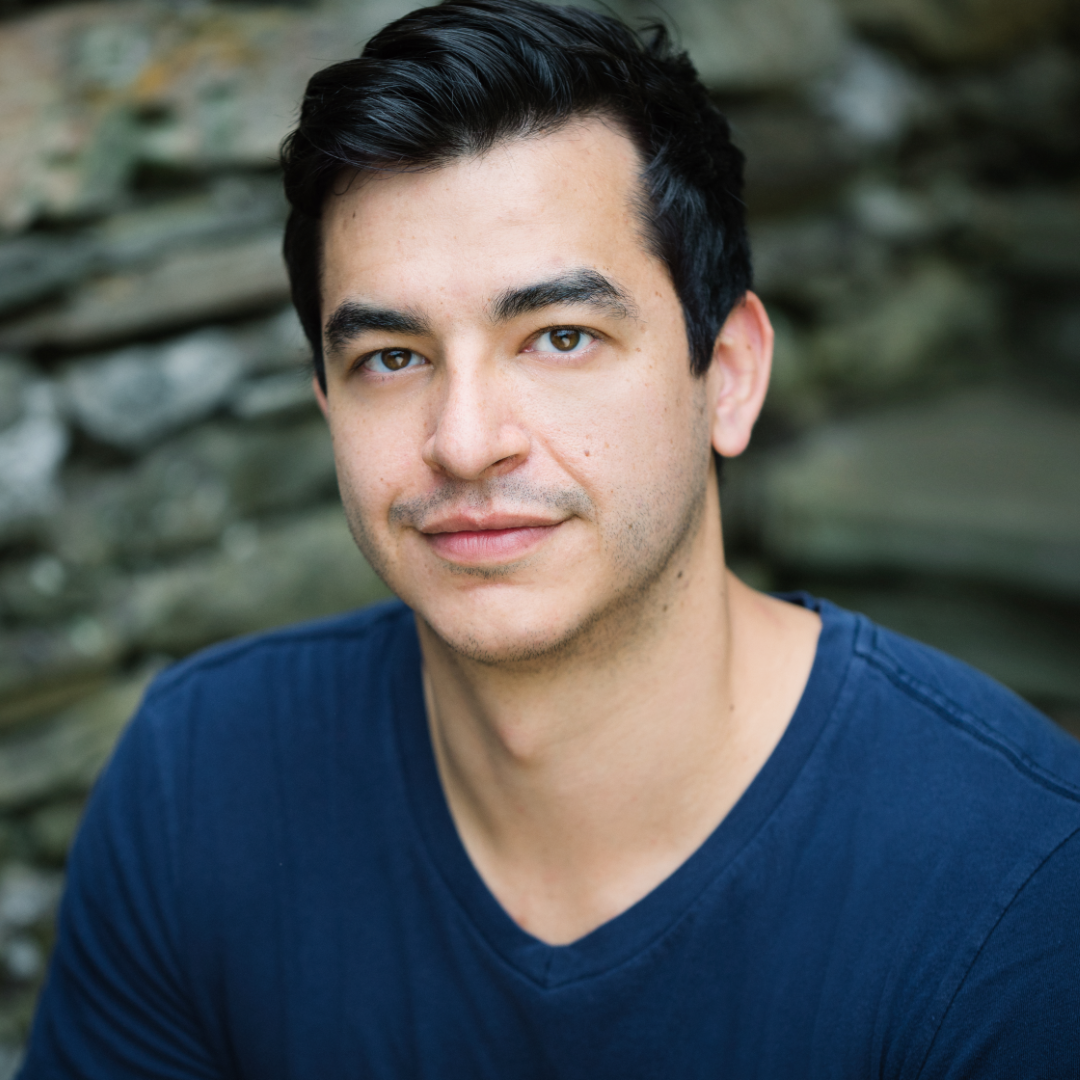 Schyler Vargas, Mexican-American baritone, is establishing himself as a versatile young talent, bringing interdisciplinary performances to the operatic, theatrical, and concert stage. Noted as a “distinguished” (Washington Classical Review) and “powerful baritone,” (Washington Post) his recent work in the new dramatic song cycle UNKNOWN by Shawn Okpebholo and commissioned by UrbanArias has been featured on PBS News Hour and NPR, among other publications.

In 2021, Schyler made his Opera Theatre of Saint Louis and Opera Edwardsville debut as Marco in Puccini’s Gianni Schicchi and a baritone soloist, respectively. Previously, he has been seen in main stage roles at The Atlanta Opera, the Lyric Opera of Kansas City, The Glimmerglass Opera Festival, Dayton Opera, and the Château de Versailles Spectacles in France. Vargas’ notable roles include: Count Almaviva in Le nozze di Figaro by W. A. Mozart, Gabriel von Eisenstein in Die Fledermaus by Johanne Strauss, Maximilian in Candide, and Riff, Diesel, and Chino in West Side Story by Leonard Bernstein with original Jerome Robbins choreography, and Frank Schultz in Show Boat by Jerome Kern, among others. Vargas received his Master of Music degree from the renowned University of Cincinnati College-Conservatory of Music under the tutelage of William McGraw and his Bachelor of Music with a minor in Business Administration from Colorado State University.