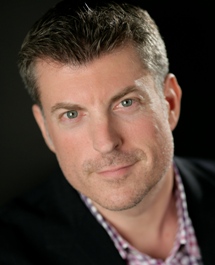 Ryan Taylor joined Arizona Opera in 2012 as Director of Artistic Administration and served as the company’s General Director. In the Summer of 2016 Ryan Taylor was replaced by Austin Opera's Joseph Specter. Ryan Taylor moved on to become the new director and president for the Minnesota Opera.

Following his career as a performing artist, Ryan Taylor has worked in many facets of artistic management and administration. For four seasons, he served concurrently as Artist Manager and Public Relations Director for ADA Artist Management in New York and as Manager of Community Development in the administration of the Wolf Trap Opera Company, the top residency training program in the industry for emerging artists. Previously he held other notable posts, including General Director of the Berkshire Opera Company, Artistic Director of Singers Beyond Borders and Co-founder of the Southeastern Festival of Song (SEFoS). He began his tenure as Director of Artistic Administration for Arizona Opera in January of 2012 and has served on the adjudication panel for the Igor Gorin career development award by the Tucson-based Community Foundation of Southern Arizona.

In the span of just over a decade as a baritone, Ryan amassed over thirty roles to his credit, performing with Dayton Opera, Fort Worth Opera, Opera Carolina, Atlanta Opera, Opera Santa Barbara, Wolf Trap Opera Company, San Francisco Opera Center, Seattle Opera, Minnesota Opera, and the Bayerische Drei-groschen Oper, among others. In concert, he appeared with the St. Paul Chamber Orchestra, Anchorage Symphony Orchestra, Charleston Symphony Orchestra, Lexington Philharmonic Orchestra, New York Festival of Song, Napa Valley Philharmonic, National Symphony Orchestra, and the Reno Philharmonic. In 2008, Ryan made his directorial debut with the Charleston Symphony Orchestra with a semi-staged multi-media concert performance of Aaron Copland’s The Tender Land that was met with public and critical accolades. He has subsequently directed performances of Il barbiere di Siviglia and Roméo et Juliette.