Arizona Opera is delighted to at last present this Strauss masterpiece, which comes to the stage after its planned performances in Spring 2020, which were delayed due to the pandemic. Ariadne auf Naxos is an opera within an opera—a satirical farce that combines sublime music with hilarious antics.

A wealthy gentleman in Vienna commissions two pieces of entertainment as an after dinner treat for his guests, to be performed by two separate groups of artists: a dramatic opera and a lighted hearted theatrical comedy. Unfortunately, the dinner is running late, and the two ensembles are forced to performance on stage together, at the same time.

The heroine from the operatic story, Ariadne, has been abandoned by Theseus. She laments her lost love and yearns for death, as Zerbinetta and her four companions from the commedia dell’arte troupe attempt to cheer on Ariadne by singing and dancing, but without success. Zerbinetta insists that the best way to cure a broken heart is to find another love. Meanwhile, each of the four commedia men pursues Zerbinetta. High drama and great comedy ensue as Strauss’ exquisite score—which includes the popular Composer’s Aria and stratospheric Zerbinetta’s Aria—carries the action to an ecstatic and love-filled conclusion.

Arizona Opera is grateful to have reassembled many artists from the original 2020 cast, including soprano Rebecca Nash as Ariadne, a role which will be shared with newcomer Leah Hawkins. Ms. Nash was the inaugural winner of the Dame Joan Sutherland Singing Award and has an international career that includes performances at the Metropolitan Opera (the Met), Carnegie Hall, the Glyndebourne Festival, and the London Philharmonic Orchestra.

An alumna of The Met’s Lindemann Young Artist Development Program, Leah Hawkins will be making her company debut with Arizona Opera as Ariadne, coming off a dynamic 2021/22 Season that has included appearances at The Met in the acclaimed new Terrence Blanchard opera, Fire Shut Up in My Bones, as well as performances in both new and canonical work at companies such as Opera National de Paris, the Cleveland Orchestra, and Des Moines Metro Opera.

Performed in German with English and Spanish supertitles 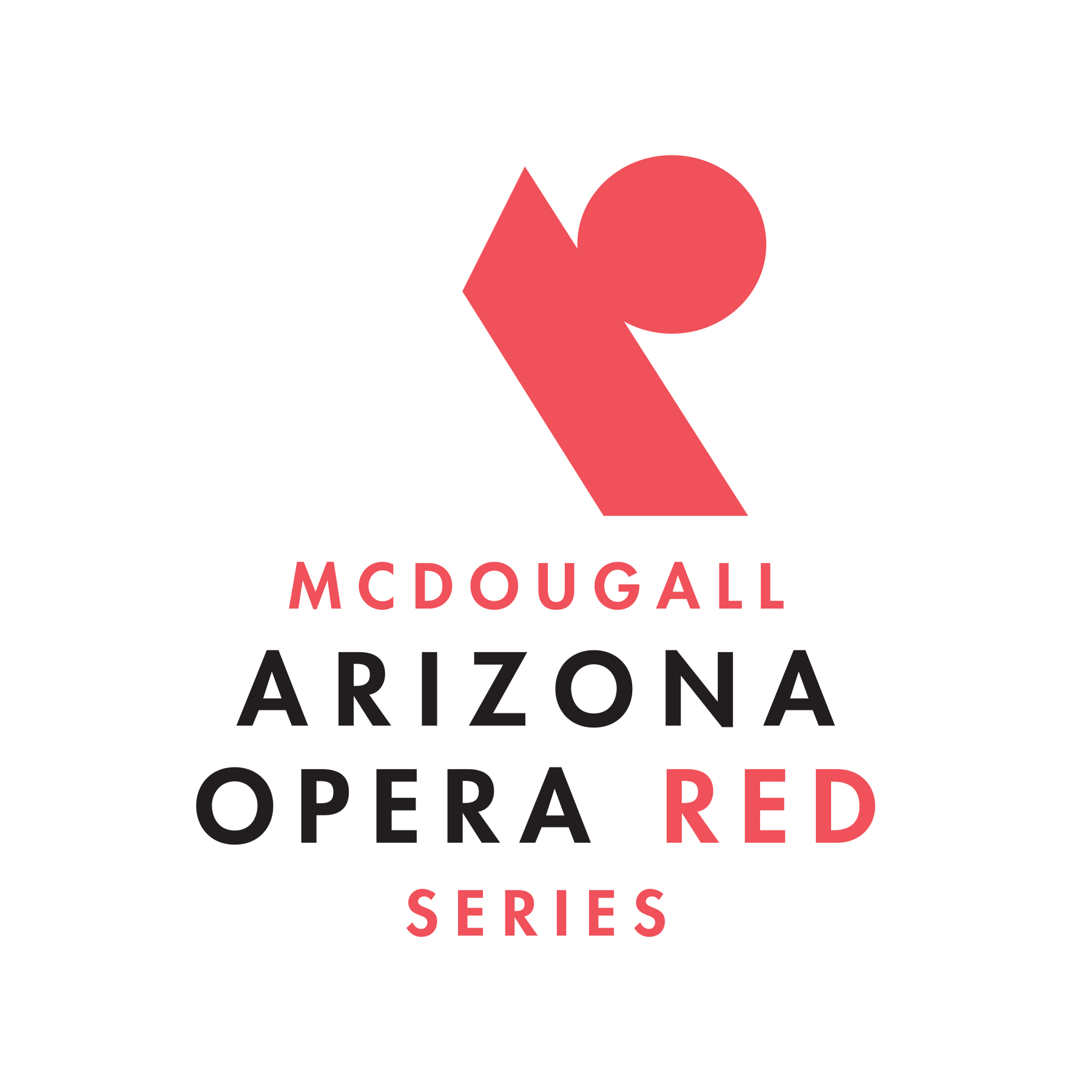 Part of the McDougall Arizona Opera RED Series. Production made possible, in part, through generous support from Karen Wadman and Michael and Beth Kasser.

Join Dr. Miriam Schildkret, PN1 for our Fall Series with the Jewish Family and Children's Services Center for Senior Enrichment. This class will be focused on Ariadne auf Naxos.

This event will be a preview our upcoming production of Ariadne auf Naxos.

The Coffee @ Kerr series will continue through our 2022/23 Season and feature previews of our upcoming productions this season.

This night is reserved specifically for students to join us for the final dress rehearsal of Ariadne auf Naxos.
Rated: PG
Language: Performed in German with English supertitles
Length: 2 hours and 36 minutes including one intermission

For more information about the cast and creatives.

The Opera Guild of Southern Arizona is pleased to announce that the free Say Hello to Opera previews of the Arizona Opera Company performances will be presented this season. There will be discussions of the operas and arias will be sung by University of Arizona opera students. If you have questions, you may call 520-906-3792.

The Opera Guild of Southern Arizona is pleased to announce that the free previews of the Arizona Opera Company performances will be presented this season. There will be discussions of the operas and arias will be sung by University of Arizona opera students. Bring your own lunch; dessert and coffee will be provided. If you have questions, you may call 520-906-3792.