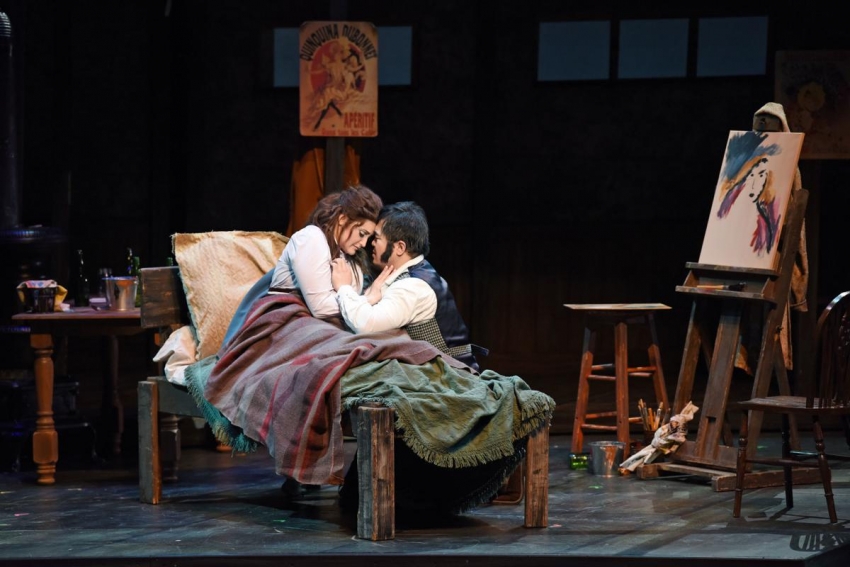 This weekend, he recreates it with Arizona Opera.

“Rodolfo is the first role which started my career, so it means a lot to me,” Yu said in an email interview last week, the day before the production opened in Phoenix. “Rodolfo is an optimistic young man. He aspires love even (as) he was always very poor. But the more I sing the more I feel his other character.”

Yu and Guatemalan tenor Mario Chang, who also sings the role of Rodolfo for the Arizona Opera’s production, are here as part of the Tucson Desert Song Festival, which runs through Feb. 16. Chang will take part in the Saturday, Feb. 1, show. His Arizona debut is one of several Yu will have this season including with Seattle Opera singing the role of Duke of Mantua in “Rigoletto.”

Yu also will return to New York’s Metropolitan Opera, where he is on the “cover” roster — the equivalent of an understudy in theater — for the Rodolfo role. It will be his second shot at getting on the Met’s storied stage.

“Honestly, in the beginning of my singing, I watched a lot of DVDs made by the Met, but I didn’t imagine I will sing there one day,” said the 31-year-old, who grew up in Heze, a city of more than 8 million in China’s Shandong province. “I’m very grateful, deeply honored.”

Yu came to opera as a teen from a background of singing Chinese pop and country music for family and friends.

“In the beginning pop music was just my hobby. I didn’t even see a piano until I was 17,” said Yu, who lives in Houston with his wife and young son. “When I went to high school I met a voice teacher. She just heard me have a ‘big’ voice and then we started to have lessons to train me as a tenor.”

His professional break came in 2015 with a pair of awards in the Houston Grand Opera’s Eleanor McCollum Competition Concert of Arias. The company tapped him for its prestigious Studio Artists program the next year.

One of Yu’s biggest challenges is overcoming the language barrier when he’s singing in another language, including Italian with Verdi’s “Rigoletto” and Puccini’s “La Boheme.”

“I have to say Italian seems simple, but actually it’s not simple,” he said. “It’s easy to read, but if you need the audiences to feel all your emo through the words, that’s not easy at all.”

Yu will appear in Sunday’s matinee performance opposite soprano Julie Adams in the role of Mimi.